Today Sony has officially announced and unveiled both the Sony Tablet S as well as the popular Sony Tablet P. Until now these were known as the S1 and S2 but recently earned official names. We told you about the Sony S2 clamshell being named the Tablet P earlier this week and now that Sony has officially announced these devices we were lucky enough to get some pics and hands-on video for everyone to check out after the break. 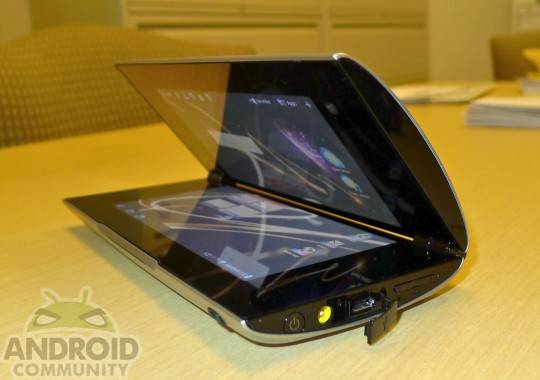 Just like its larger sibling the Tablet P will come with a 5MP camera on the rear capable of 720p video capture with a VGA 0.3MP front facing camera. Both tablets also feature Sony’s “TruBlack” display technology which reduces glare while providing superior blacks and color reproduction. With dual-screens that easily fold up for portability and weighing in at under 1 lbs (only 0.83 lbs) the Tablet P will easily and comfortably fit in a jacket or jeans pocket, or in a women’s purse.

The Tablet P will also come equipped with the same options as the Tablet S such as Playstation certification for PS1 and PSP gaming (Crash Bandicoot is awesome), Sony Network services such as Video and Music Unlimited, and the Sony e-reader store. The Tablet P will not offer infrared technology like the S but does feature the same DLNA support for streaming movies, music and more to DLNA supported TV’s.

Full pricing and availability was not yet released so for now we will just have to wonder where they plan to price this tablet with a unique design and features. I personally think it could really be a great portable device and would love to have it for the gaming aspects alone. We will report back as soon as we hear more from Sony regarding pricing and availability. In the mean time check out our hands-on video and pictures below.