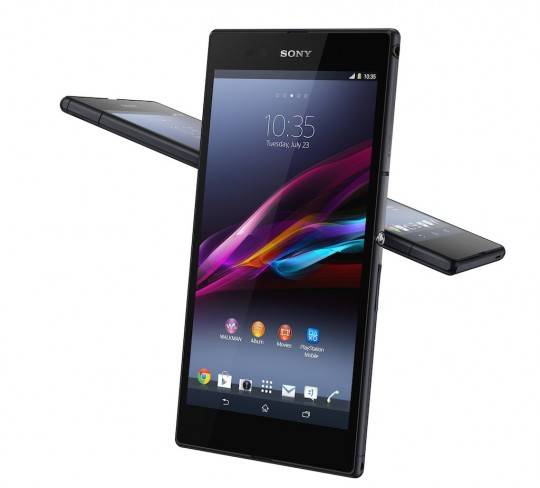 Sony announced the Xperia Z Ultra towards the end of June and almost immediately after dropped a pair of teaser videos on YouTube. The channel had been quite since, however it looks like the latest Xperia Z Ultra teaser video has appeared. This one has arrived showing off what Sony is calling “efficiency in an ultra slim smartphone.”

Some of the highlights in the video touch on the handwriting recognition and multitasking, but there was still a little bit more to see including a look at the Smart Bluetooth Headset. Some of these features have been mentioned before, but it is nice to see them in action. That thought seems to apply to the use of a stylus or pencil for taking notes. Sony is showing what looks to be a regular refillable pencil in this particular video.

Sony also talks multitasking and efficiency with what is referred to as the “small apps.” Here we see the calculator app which sits on top of the note the user is currently working on. The other aspect with this handset is the size. The display is 6.4-inches and it looks like Sony has done a few things to make it more reasonable to use in an everyday situation. This was revealed in a few examples.

The keyboard can be adjusted to a one-handed mode, which is basically just a shrunken down version of the full-sized keyboard. Without actually getting hands-on this is hard to judge, but is nice to see that Sony took some thought in this regard. The other aspect dealing with the size comes in with taking calls and we are fairly certain many have thoughts of holding this 6.4-inch monster up to their ear.

Well, in this case Sony has the Smart Bluetooth headset, which is basically a small handset that can be help up to your ear (without looking foolish). Otherwise, while not covered in this video, the Xperia Z Ultra also has 4G LTE connectivity along with a Snapdragon 800 processor, 8 megapixel rear-facing camera and an IP58 rating against water and dust. With that, we are expecting the Xperia Z Ultra to arrive during the third quarter of the year.