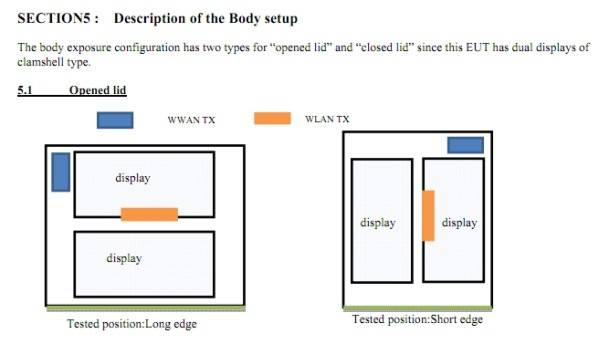 Sony’s S2 dual-screen Android tablet has been spotted crossing through the FCC as the Sony SGPT211US, complete with 3G/UMTS support for AT&T’s bands. The tablet, announced back in April along with its single-screen sibling the Sony S1, is also listed as having a removable 3080 mAh li-ion battery.

The particular modem Sony has used, at least in the tested model, is Ericsson’s F5521gw, capable of up to 21Mbps HSPA+ speeds on compatible networks. AT&T, of course, has been using HSPA+ for its intermediary 4G coverage, as it prepares its LTE network.