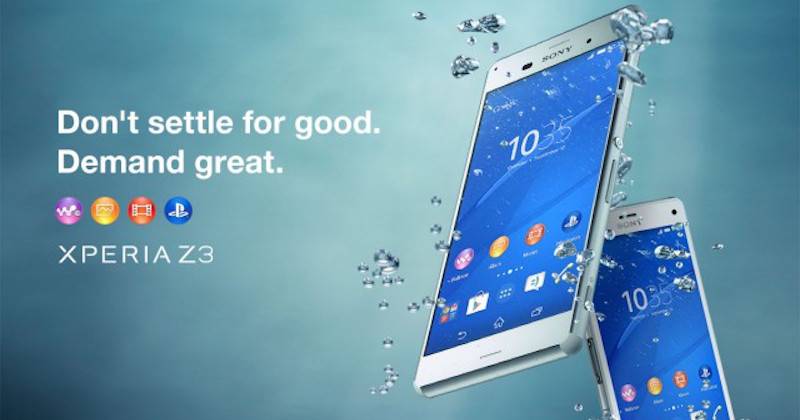 Sony Mobile is set to roll out Android 5.0 Lollipop software update for the rest of the Xperia Z line. This is something expected since we mentioned yesterday that the sweet version is exclusive for Xperia Z series and sadly, nothing for the non-Xperia Z phones. Sony made it clear the other day that it won’t be upgrading non-Xperia Z phones to Lollipop, much to the chagrin of owners. We’ll never know the reason of the company but you know there’s always a way around for that.

Sony Mobile Indonesia shared on Facebook that Android Lollipop will be released from week 12 of the year. That means next week already starting March 16. The Lollipop update will be available through the Update Centre and will bring improved performance, better battery life, new features and new apps. Sony Mobile Indonesia noted that moving apps to SD card is also possible with the update. Other changes include a new intelligent user interface, improved screen lock,  and multi-user support. 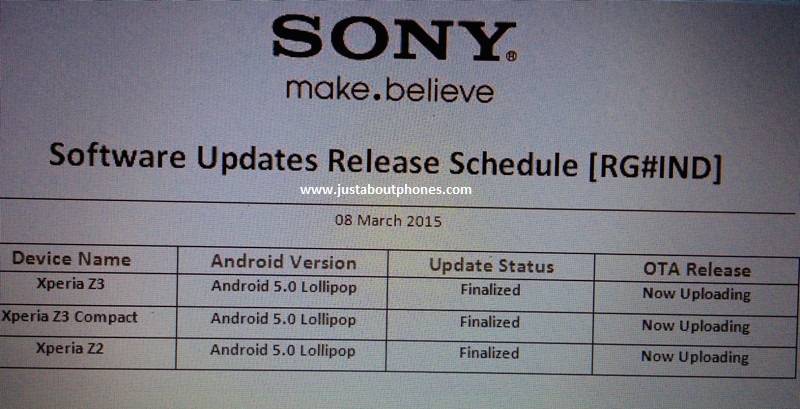 Android Lollipop OTA’s are now being prepped for Servers and the R&D Team of Sony India even shared a Software Updates Release Schedule. This could just be a schedule for India but this shows us Sony has finalized the platform for Sony Xperia Z3, Xperia Z3 Compact, and Xperia Z2. This means Lollipop delivery is really on its way.

Canada, Australia, United States, and the UK should be receiving carrier variants anytime soon. It won’t be long before Xperia Z phone owners get a taste of Lollipop. If you’re anticipating for the Android 5.0 on your Sony phone, make sure you have at least 640MB of free space. The Xperia Z3 Lollipop update weighs 630.23MB while the Xperia Z2 is a bit lighter at 517.86MB.

VIA: XPERIA blog, Just About Phones