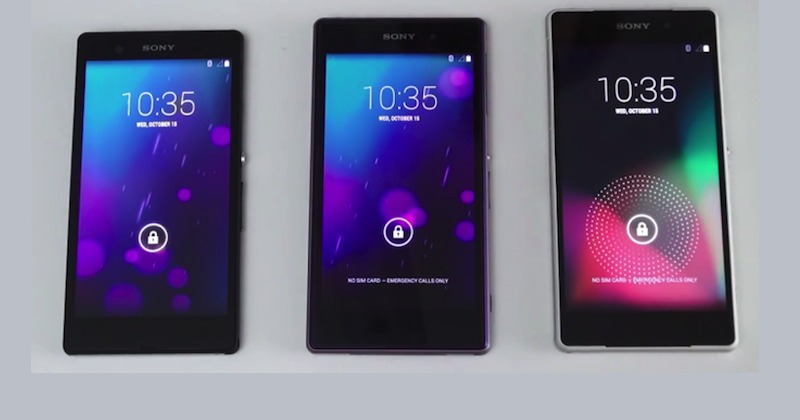 Bad news for non-Xperia Z smartphone owners: you won’t be getting a taste of Android Lollipop. Sony has not fully rolled out the new Android 5.0 version to Xperia Z series owners yet but we know it’s coming. Those who own other and older non-Xperia phones like the T2 Ultra, T3, M2 Aqua, M2, E1, E3, and C3 will not get the much-awaited software update. Sony Mobile announced on its official Twitter channel that the sweet Lollipop is only exclusive to Xperia Z. This means nothing for 2014 non-Xperia Z series owners.

Sony didn’t directly say that there’s no Android 5.0 for other models but the message is clear. Even before, Sony only mentioned Lollipop plans for the Xperia Z series and nothing about the non-Xperia Z phones. I’m pretty sure a lot of hearts are broken but there is always hope. Anyone can root, hack, or bring the new Android version to old Xperia phones but, of course, with big risks. It’s up to non-Xperia Z phone users to do things on their own.

Because of this announcement, Sony Mobile has received a lot of complaints, criticisms, and backlash from people, particularly those who own non-Xperia Z units. Most customers are angry asking why their phones won’t receive Android 5.0 Lollipop. Sony, at least, its social media team only responded by saying they “can’t comment on upgrades for further products at this time.”

Sony only planned on updating the Xperia Z series to Lollipop but the big question is why the company won’t bring Android 5.0 to other models. I don’t think non-Xperia Z owners will ever stop asking or bugging Sony so I guess the company needs to release an official statement or explanation soon.