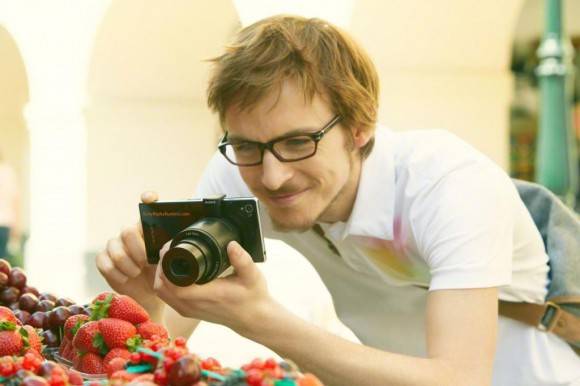 Last month some details and rumors surfaced that Sony would be revealing a clip-on lens for mobile devices that will take our photography to the next level. Well, today the device has leaked in a full gallery alongside plenty of details for those interested. It’s being called the Lens G.

Thanks to Sony Alpha Rumors we’re getting our first live look at these 20 megapixel accessories that will make the battle for the best camera inside a smartphone irrelevant. Well, that’s what Sony is hoping for at least.

The devices in question are listed as model DSC-QX10 and DSC-QX100, and are shown safely clipped to the Sony Honami flagship smartphone, one which we’re still waiting to be unveiled as well. Most likely both will be shown off at IFA in early September. The QX-10 is the smaller of the two, and probably more affordable and will fit on most smartphones. These have built-in WiFi, Bluetooth, and sensors and do all the work. Then your Sony Xperia smartphone (or other devices) act as the viewfinder with what we’re guessing will be an accompanying app. Here’s a few more pics.

The Sony lens camera (or Lens G) DSC-QX1000 is the more expensive of the two, bigger, and most likely be what they’ll be pushing for larger smartphones, as well as tablets. The DSC-QX1000 is said to pack a 20.2-megapixel Exmor RS sensor with ZEISS lens and be quite the attachment.

We’ll be learning more about both of these accessories, as well as Sony’s new phones soon so stick around.