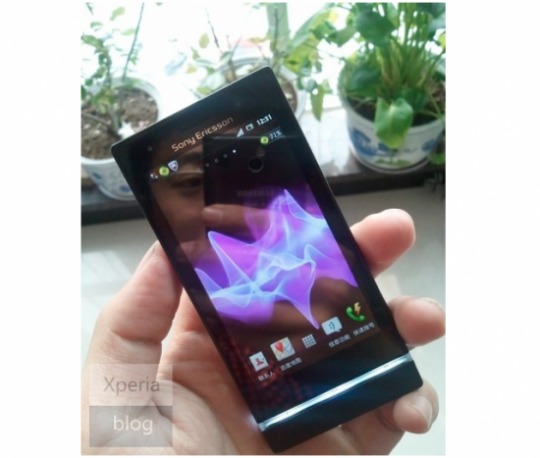 We saw a picture of the Sony ST25i, codename “Kumquat”, leak last Friday. Now sources suggest it will debut as the Sony XPERIA U, likely at Mobile World Congress 2012 in Barcelona. Earlier reported, this new XPERIA device will not be the top dog in their lineup, but more like a middle man. It will sport a 1GHz dual-core processor and have a smaller screen than their other newly announced devices, likely right around 3.5″.

Like all new XPERIA devices moving forward, “Ericsson” should have dropped from its official name. But as you can see in the picture demoed above, this one may end up carrying it. The XPERIA U will also have a 5MP rear shooter, and it’s hard to make out from the picture – but there may be a front facing cam as well. Overall, the device is much smaller than the XPERIA S seen at this year’s CES.

Though not a powerhouse like the XPERIA S, this phone could still have a proper following. With a decent battery and build, it could have some serious potential. You can also assume the XPERIA U will show up on GSM airwaves as usual; excluding the XPERIA Play, Sony hasn’t quite taken a liking to CDMA networks.