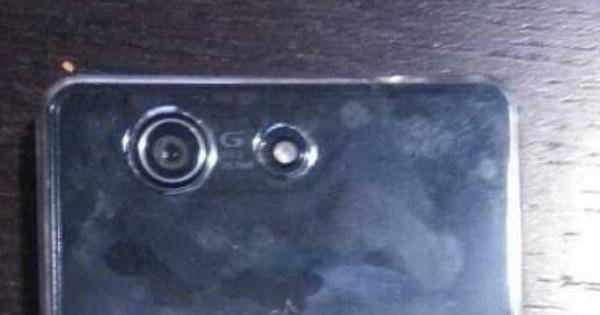 August is here and that means … starting the countdown to IFA 2014! Manufacturers are lining up to book their press events for one of the mobile world’s biggest annual gatherings. Sony is definitely not going to pass up this occasion and has scheduled its conference well ahead of IFA week. Plus, a latecomer to this quarter’s photo leaks. But is this the Xperia Z3 Compact or something totally different?

The rumored Xperia Z3 Compact is a rather curious device, if only for the fact that, if the device turns out to be real, Sony would have completely skipped one generation of “mini”. However, considering how late it is already, it is almost more probable that an Xperia Z2 Compact will really never arrive. There have been various leaks, both of specs and photos, that point towards that possibility, but this new batch for the supposed upcoming compact flagship has us scratching our heads a bit.

The device showcased in this photoset does look small-ish, but some design details do not seem to match what we’ve seen before. The placement of the front-facing camera is different, for one, and the sides also look different. Could this simply be a variant or a completely different device altogether? It is possible though perhaps unlikely that Sony also modified the final design a bit. The specs that go with this leak are also quite different and almost sound to good to be true. The screen is a bit larger at 4.6 inches instead of 4.5, but the resolution is also considerably higher, jumping to 1080p from 720p. RAM has also been taken up a notch, now at 3 GB. These are definitely very high end specs, especially for a mini version of a flagship. Though considering how the Xperia Z1 Compact compares with other OEM’s mini devices, it sounds almost plausible.

We might not have to wait too long to get the answers to all these questions. Sony has booked a September 3 event, most likely to reveal its second flagship for 2014, as well as, hopefully, this compact variant. Other awaited announcements include a next gen smartwatch. Maybe there’s hope that this one will be using Android Wear, but that is quite unlikely as Sony has heavily invested on its own SmartWatch platform.