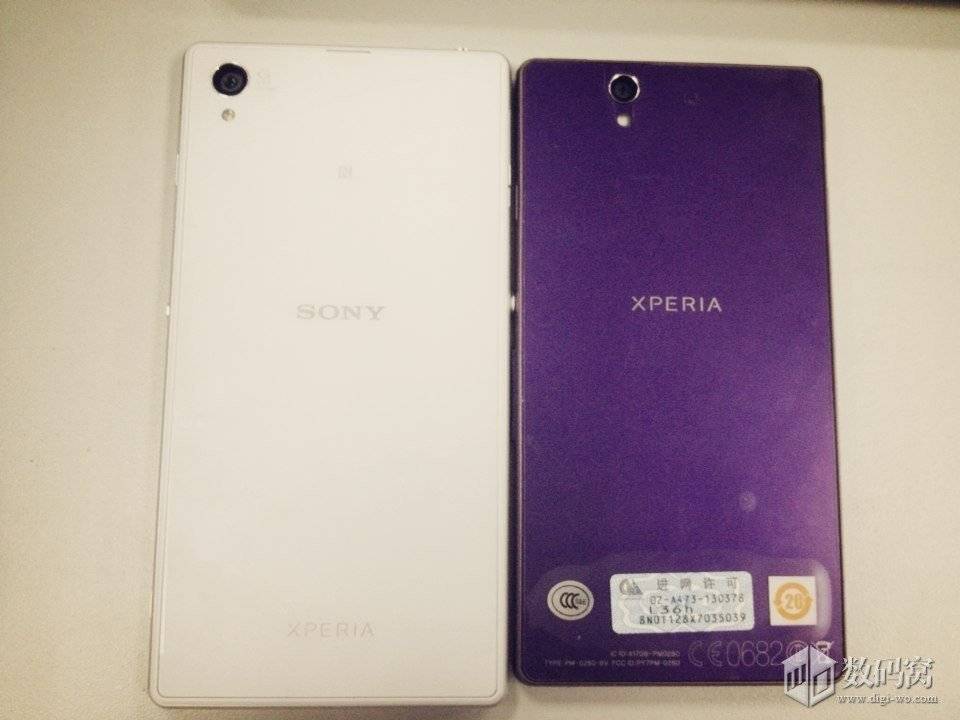 We recently got a first look at the Sony Honami in white. Those images appeared yesterday and it looks like they have been followed up with another image. This latest leaked image has a white Honami sitting side-by-side with a purple Xperia Z. Perhaps more exciting than another leaked image, there was also talk of the Honami being able to capture 4K video.

This video related bit comes by way of an image of a presentation slide. The image has been spotted on the Chinese language Digi-wo site. While this is an interesting tidbit for the Honami, it is one that we are a bit cautious about. The presentation slide appears to be the real deal, but the 4000 x 2000 resolution seems to be a bit off.

Well, not off, just not necessarily exact. That said, other details on the slide appear to lineup with what we have been seeing with earlier leaks. For example, the slide brings talk of the 20.7 megapixel rear-facing camera as well as mentions of the Bravia and Exmor R branding. 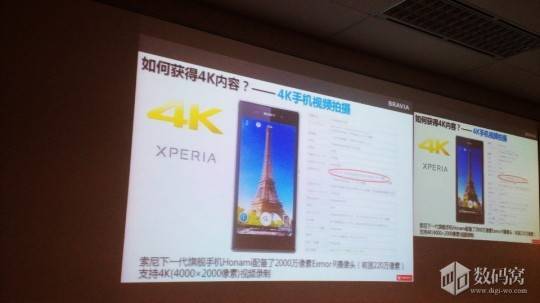 This all ties back with details we saw yesterday, which also included how the rear-facing camera would be sporting a 1/2.3 sensor. Otherwise, some of the still rumored specs include a 1920 x 1080 display resolution, Snapdragon 800 processor and 2GB of RAM along with 16GB of internal storage, a 3000 mAh battery and Android 4.2.2 Jelly Bean.

While we have been talking about leaked images and spec rumors for quite some time now, it seems like this could all be made official sooner rather than later. Sony recently confirmed an event for September 4th during IFA. And remember, we will be live on-site in Berlin to bring the latest.