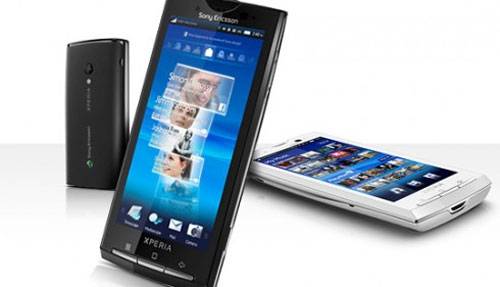 Xperia X10 users have cause to be both happy and sad as a bittersweet update for the Xperia X10 has been announced by Sony Ericsson. Sony confirmed to us back in January during CES that after the Android 2.1 update was offered for the X10, there would be no further Android OS updates coming for the smartphone. That was not good news for early buyers of the smartphone. Here we are months after CES 2011 and SE is finally announcing that the Android 2.1 update is here.

Sony has posted an official blog that says starting today the Android 2.1 update will be rolling out of AT&T US users of the X10. This update means that unless Sony Ericsson changes its former statement, what you get after the update is applied will be all you have to look forward to, at least officially. You can already update the X10 to Gingerbread using Arc if you want. Sony offers up a list of the things that the X10 gains with the new update.

Users will be able to record 720p HD video on the X10. It will support multi-touch and the camera gets continuous autofocus in still and video capture mode. The phone will also get face detection in video capture mode and the home screens have been increased from three to five. Click this link to get your update if you are an US Xperia 10 user on AT&T.