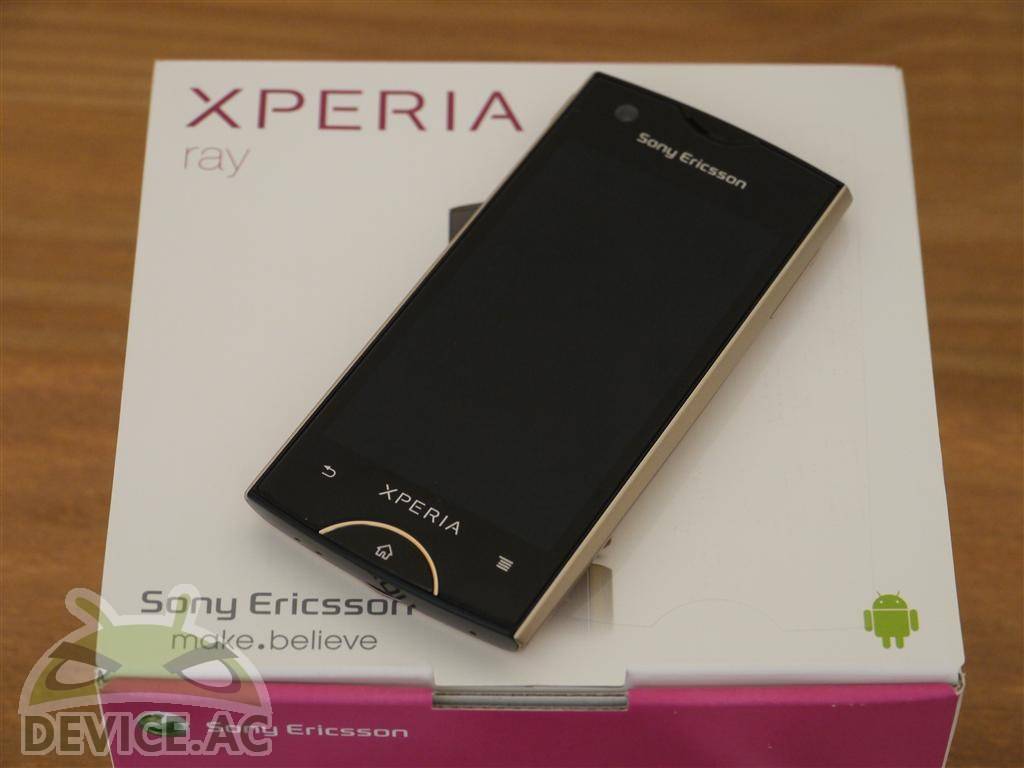 For Sony Ericsson fans or those with small fingers in the world, I have a phone for you. Just arriving at the Android Community labs today is the Sony Ericsson Xperia ray. This little smartphone may be tiny but it definitely packs a punch. Below we have some details and photos for you to check out. Plus, I’ve compared this small and sleek phone to something with a size more in line with most phones for a comparison and to show just how small it really is, so check out the video after the break.

Under the hood of the Xperia ray you’ll find a Qualcomm Snapdragon 1.0 Ghz single-core processor, 512MB of ram, and a 4GB micro-SD card. While that may not be a dual-core powerhouse listing we do have an amazingly awesome display and an equally stunning camera. The Xperia ray only has a 3.3″ LED display but we have a high 854 x 480 resolution instead of the lower res many phones have in the smaller display market. Add in the slightly higher 854 resolution and Sony’s Bravia screen technology the ray actually looks quite gorgeous. The small screen and higher resolution actually makes images and icons on-screen almost too small, but they are bright, crisp and look excellent. 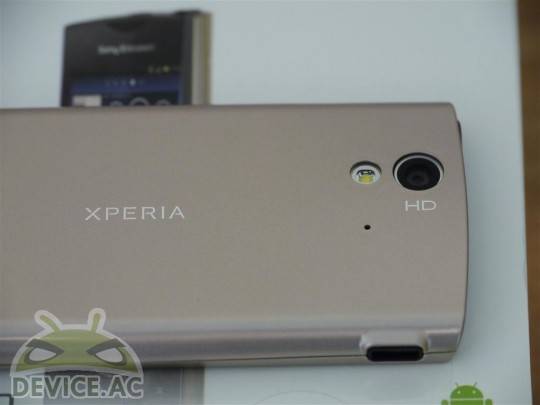 One of the show stoppers here is that even though we have a slim 9.3mm chassis Sony has still added a large 8.1 megapixel camera as well as a 1.3 MP front for chatting. The camera around back should be of high quality like most things from Sony and is said to take some exceptional images. We’ll give the camera a good testing in our review so if that interests you be sure to check back soon.

Along with those impressive specs above all crammed into a small and thin frame we also have Android 2.3.4 Gingerbread and Sony’s Timescape UI improvements. With deep Facebook integration and the usual suite of Sony apps such as Video and Music Unlimited we actually have some good content out of the box without heading to the Android Market. Sony provided us with a gold colored device, almost like a fine white wine. They also are offering the Xperia ray in White, Gold, Red (pinkish) and Black but lets see that video shall we.

For more details you can see the Sony announcement from late September stating the ray is unlocked and available now across the US. This device is fully unlocked and while we have an AT&T SIM on board, it will also work with other GSM carriers such as T-Mobile. Could this be a truly small smartphone for those that don’t like all the huge phones we are seeing now days, while still being powerful and up to date? Be sure to check back shortly for our full review. Below you’ll find a cool bonus video thanks to Sony Ericsson and then a few more photos in the gallery below.