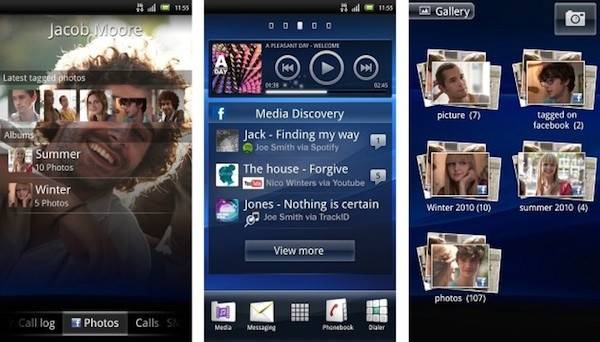 From the looks of things the Sony Ericsson Xperia Play and Xperia Arc are both set to be receiving the latest and greatest in Android and that is 2.3.3. They mention not only will many bug fixes be included, but what they are calling “Facebook inside Xperia” will be included as well. We are not sure what markets that have the Xperia Play will be getting the update, or if all will be getting it. The Xperia Play was originally considered Google’s Gingerbread HERO phone, but the Nexus S is what got first dibs on Gingerbread instead.

Sony worked closely with Google on Android 2.3 for the Play so that explains why they will be getting the jump to Android 2.3.3 so fast. According to Recombu the update to 2.3.3 should start showing up as early as next week for both the Play, and the Arc. We are not sure if the Xperia Play launching on Verizon today will get it next week or not.

The Facebook inside Xperia is something new that a lot of people are looking forward to. The updates with Facebook will add a handful of features, some I would use but many I probably would not. Things like updating your Facebook page with whatever music you have playing on your device. Photo’s can be uploaded and downloaded right to your Xperia device. Your Calander and Contacts will be deeply integrated more than before, and your Facebook calander will sync with your Google Calander so you’ll never miss a friends birthday because you didn’t get on Facebook for a day or 3.

Calum MacDougall, Head of Web Service Partnerships at Sony Ericsson mentions that Facebook inside Xperia was not about making a ”Facebook phone” but “enriching the experience” of using the phone alongside Facebook’s features. I myself am not huge on Facebook, but for those daily or hourly users this should be a great addition to the Xperia line.