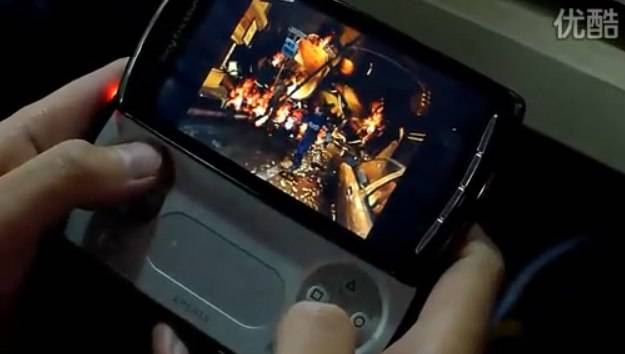 Having been spotted on numerous occasions in photosets, the Sony Ericsson PlayStation Phone has now turned up in a video showing gameplay in action. The footage, caught by Edge Magazine, shows the XPERIA Play branded handset playing ripped PS1 ROMs through an app called ROM Buddy.

Whether or not the final product – which is tipped to be officially launched at MWC 2011 next month – will have that same functionality remains to be seen, but it’s certainly proof that the PlayStation Phone’s hardware is capable of running the full console (albeit aged) titles Resident Evil 2 and Rage Racer.