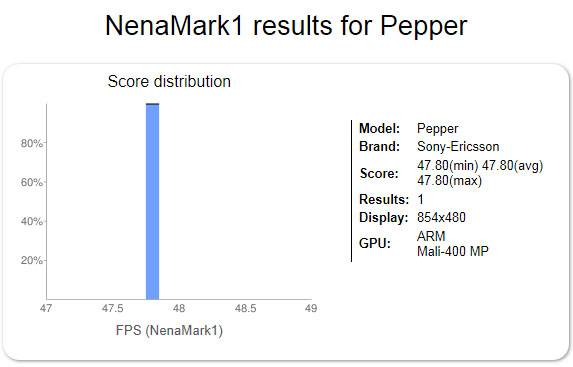 Recently some details on an upcoming Sony Ericsson smartphone leaked under the codename MT27i Pepper. We now have not only a few pictures of the Xperia Neo look alike phone, but some NenaMark benchmarks have also revealed all of the specs for this mid-range smartphone from Sony Ericsson.

The image above leaked last week is believed to be the Sony Ericsson Pepper, and now benchmarks today have confirmed the specs that were already being suspected. We have a 3.7″ 854 x 480 resolution display with a single-core 1.0 GHz processor and Mali 400 for graphics. Nothing special here but definitely a great little device for the budget friendly crowd. Here is the benchmark result: 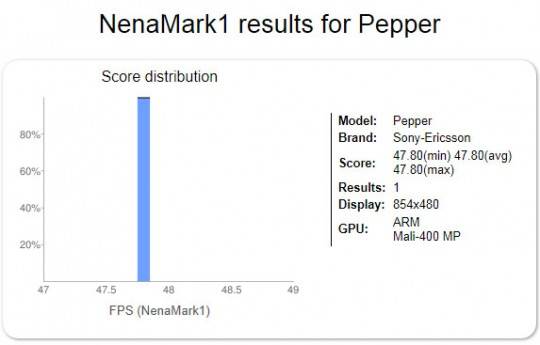 While Pepper is only a codename, we are hearing this device will actually be the successor to the popular Xperia Neo that was released last year. The Pepper will also feature a 5 megapixel camera capable of 720p video. Earlier today Sony’s entire 2012 roadmap was leaked — slating the Pepper for an early April release for around 300 Euros. While nothing has been confirmed at this point, we’ll most likely be seeing this little guy come end of February at Mobile World Congress in Spain. 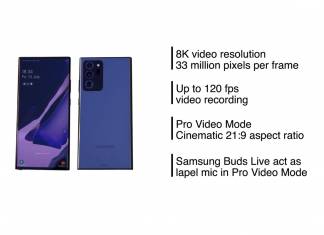