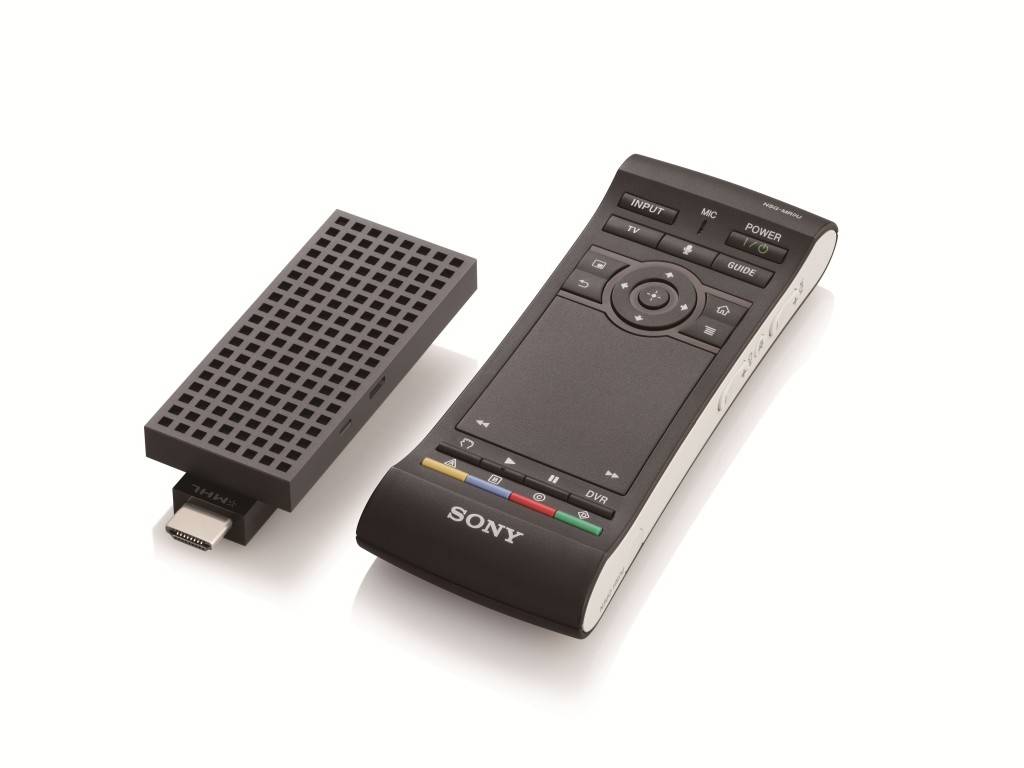 Sony is finally announcing something that we already know since early this week. The company has officially unveiled its Smart Stick accessory that includes support for Google Services, meaning, Android apps and the Chrome browser. And, as already reported, it only works with Sony’s BRAVIA TV line.

The BRAVIA Smart Stick entered our radars as the NSZ-GU1 spotted in an FCC filing last month. Many thought, if not wished, that it would be like the Chromecast, riding on the hype surrounding Google‘s streaming USB dongle-sized device. And indeed, the earliest images seemed to point to hardware that’s meant to plug into a TV similar to Chromecast, although a bit larger.

All hopes were dashed a few days ago when a blog post, which was later pulled, inadvertently revealed its true nature, which Sony is now confirming. The Sony BRAVIA Smart Stick is built around the BRAVIA TV. It plugs into BRAVIAs MHL port and integrates seamlessly into the TVs interface. It gives users access to apps from Google Play Store and comes pre-installed with Netflx, Pandora, Amazon Instant Video, and more.

The device comes with a remote control sporting a QWERTY keyboard and voice control features. The Sony BRAVIA Smart Stick has a price tag of $149.99, which probably isn’t that high, presuming, of course, you already own a BRAVIA TV.