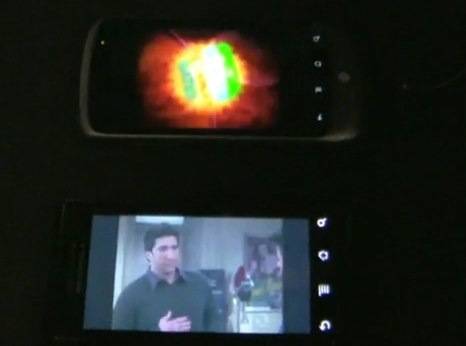 Sling Media have confirmed that their SlingPlayer for Android client will be released Summer 2010, having previously confirmed that they were “keeping an eye on” the Android platform.  The app will stream over both 3G and WiFi, bringing content from your home Slingbox to your Android smartphone screen.

It’s pretty hard to make out in androidandme‘s video below, but Sling are showing the client running on both a Google Nexus One and a Motorola DROID.  According to the company rep, the UI for the app hasn’t been completely finished, but it’s expected to resemble the interface on their iPhone version.

No word on how much the SlingPlayer for Android app will cost, though the iPhone, Windows Phone, Symbian and BlackBerry are all priced at $29.99.