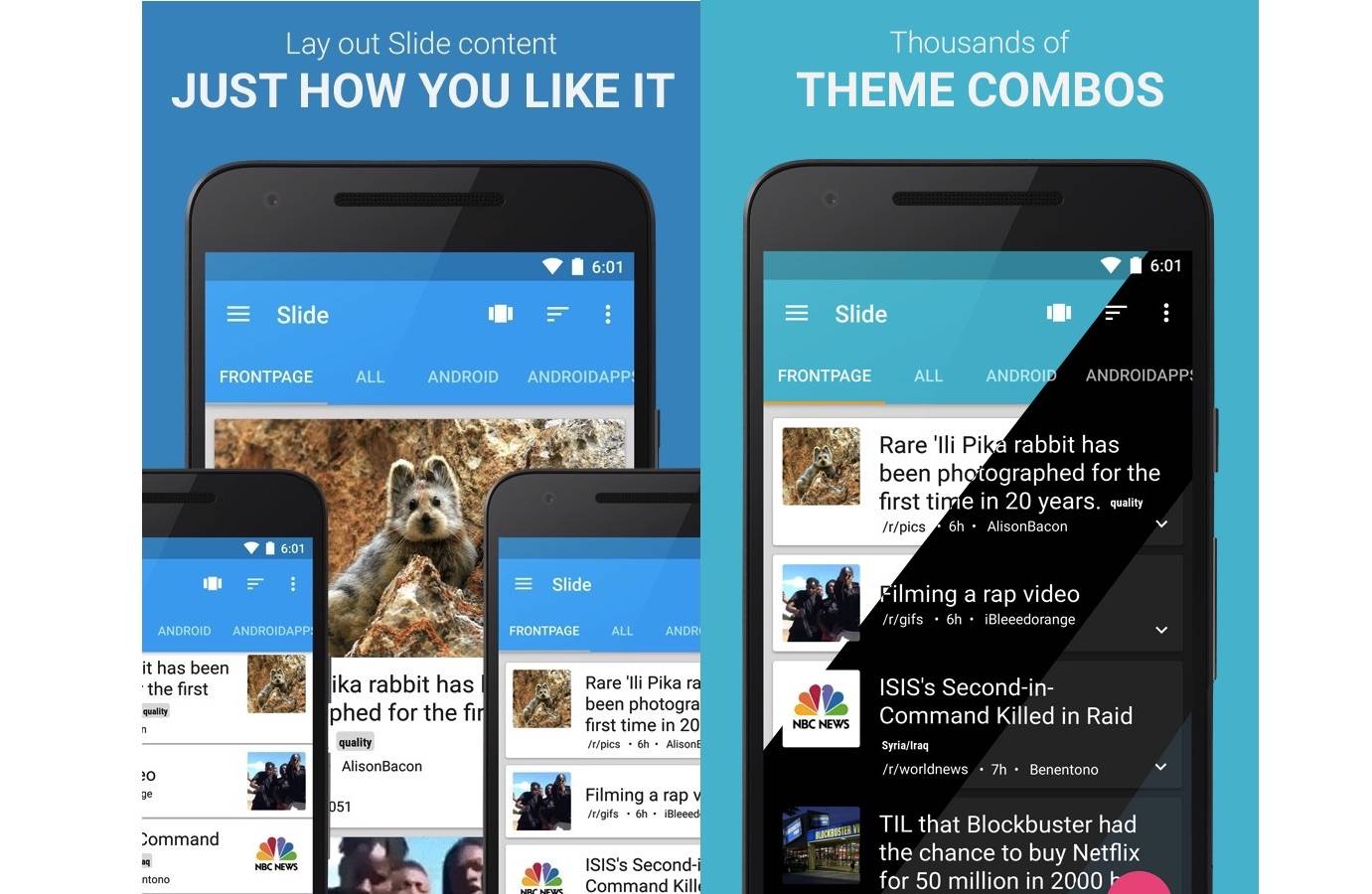 It’s been more than a year since Slide for Reddit launched on beta and after the last update, the app is finally ready for public release. Developer Haptic Apps who is also Redditor ccrama recently announced that the app is out of beta which means most bugs have been fixed. Thousands of beta testers have helped in enhancing the app and making sure features are more stable than ever.

The developer acknowledged everyone who contributed to the app’s development and release including all 4,000 alpha testers, Github contributors, Slide Pro buyers, and donors. The latest version brings in a lot of bug fixes and improvements. You’ll notice a new Comment Pane sub view type, Data saving & History settings, and an optional smaller content tag.

Other features include backup and restore to file, tag users with text, and mod tools. Feel free to edit selftext, use Album grid, and report comments & links. With the update, you can also now show the parent comment in comment menu.

If you still haven’t tried Slide for Android, download the app and experience yourself the three view modes for a better reading experience: Subreddit overview (side-by-side layout), No subreddit tabs (one sub layout), and the new Comment pane (view comments next to submissions). You can customize your Slide app with different fonts, themes, accent, and main colors. You can also delete the action bar or add/remove items anytime.