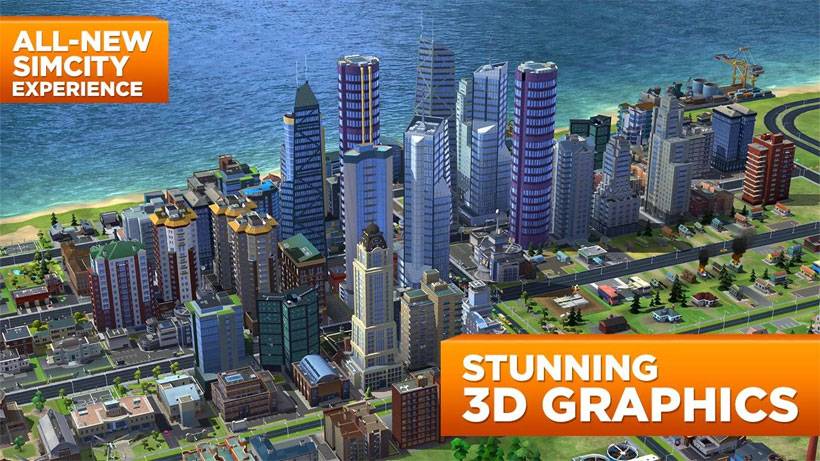 Fans of the SimCity franchise that live outside Canada might have been bummed when SimCity BuildIt launched on Android and was available only to Android gamers inside Canada. We have some good news for you today, SimCity BuildIt is now available in the US and other countries via Google Play.

The video game is a free download, but is supported by in-game purchases. In the game players will get to create their own city to lure in new citizens. The larger the city gets, the more needs the virtual mayor will have to meet.

The game features 3D graphics and the ability to strategically place buildings to keep tax income coming in. The game supports gesture control for pinch to zoom and the view can be rotated 360-degrees. SimCity BuildIt will work online and off.

Players can team up with friends to trade resources and unlock natural disasters. The game was updated on December 8 and is a 221MB download with up to 500,000 installs so far. Android 2.3.3 or higher is required to play. Those in-game purchases cost 99 cents to $99.99 per item.