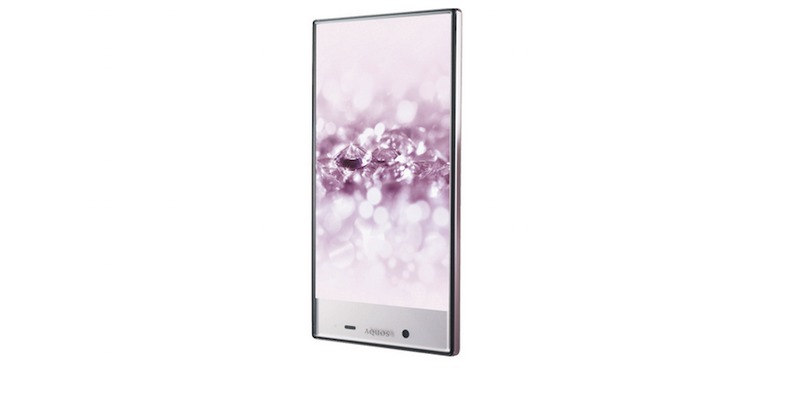 Sharp has always been known not just for its AQUOS TV line but also for it’s AQUOS phones. One of the more popular models introduced in the past is the Aquos Crystal phone with an edge-to-edge display. Sharp has just showed off a follow up in the form of the AQUOS CRYSTAL 2 phone.

The Sharp AQUOS Crystal 2 is described as a waterproof phone. This means you can splash water on it or at least hold the phone even when your hands are wet. Just don’t dip it underwater for so long because it won’t hold and water might seep inside. Main features of the phone include a 5.2-inch display screen, a frameless design, and the latest Android 5.0 Lollipop running out of the box.

Softbank Mobile will be releasing the smartphone on or after mid-July as part of the summer line up. Sharp is targeting the middle class with this Android smartphone that packs an impressive frameless S-PureLED display. Sharp has also made some improvements on the display tech for more vivid colors.

Sharp AQUOS Crystal 2 features the company’s very own own voice assistant. It’s already the Emopa 2.0, the latest version of the feature which was previously available only when you’re home. The smartphone is also expected to learn the preferences and attributes of the user. It can remember some basic information about a person like the birthday, location, and language.

Phone measures 71 × 136 × 11mm and weighs only 154g. It’s waterproof and dustproof and will be available in various colors: pink, turqouise, black, and white.