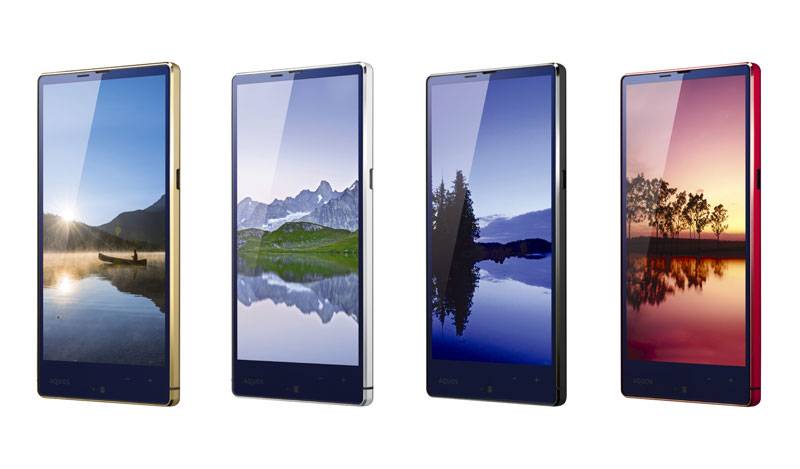 As smarpthone manufacturers push displays to larger sizes, they are also trying to squeeze bezels out to let the screen take as much space as possible. Sharp‘s latest smarpthone, the AQUOS Xx 304SH, boasts of a deadly screen and bezel size combo that seeks to dethrone the current titleholder.

There was a recent chart made that compares the different smartphones in the market in terms of the actual amount of area used up by the screen versus those occupied by bezels and buttons. At the very top is the LG G2, which has 75.7 percent of the front space dedicated to the display. Now Sharp is unveiling a contender to that title. The AQUOS Xx 304SH sports a 5.2-inch 1080p screen but its bezels are so thin that display itself is believed to occupy as much as 79 percent of the area. If true, then this puts the AQUOS Xx 304SH well ahead of the bezel shrinking race. Of course, the display uses Sharp’s power-efficient IGZO technology to make it even sweeter.

Of course, that isn’t the only thing going for this Sharp smartphone. It is powered by a Qualcomm Snapdragon 801, albeit the slightly slower 2.3 GHz variant. There is 2 GB of RAM and 32 GB of internal storage. The 13 megapixel rear camera has an aperture of f/1.9 and sports a “PureLED” flash, as well the usual camera features you’d find on other high-end smartphones, like HDR, photosphere, and the like. It boasts of an IPX5/IPX7 ingress protection rating and, for residents of Japan, it features the early warning system that was put into effect tsunami of 2011 as well as Full Seg terrestrial digital TV.

The Sharp AQUOS Xx 304SH is scheduled for a May launch in Japan, though it is yet unknown if the company will every bring it to other markets. In Japan, it will have a price tag of 2,800 yen, around $28, with a two-year contract or 69,120 yen, roughly $675, without one.