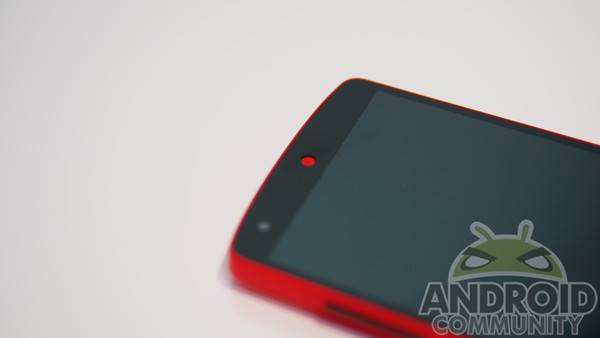 We all prattle on about screen size when discussing Android devices, but what about bezels? Screen size is subjective to taste, but a thin bezel increases screen real estate and keeps smartphones compact. A chart of popular devices shows which reign supreme when it comes to bezels.

As expected, newer devices hold court at the top of the list, with the LG G2 as top dog. With 75.7% of the front being screen, it edges out the Note 3 by a full percent. The LG G Pro comes in third at 72.8%, proving that LG gets it when we’re talking bezels. Rounding out the top five devices for slimmest bezels are the Galaxy S4 with 72.1% of the screen on front, and the Nexus 5 just behind it with 72%. Tied for fifth with the Nexus 5 is another Google-y handset, the Moto X.

Perhaps more interesting than screen real estate on the devices are how they improve over time. For instance, the Note 2 has 68.4% of the front as screen, while the Note 3 has 74.6%. That’s a nearly 6% reduction in bezel. The Nexus lineup was nearly as improved, going from 66.8% on the Nexus 4 to a full 72% on the Nexus 5 — a 5.2% decrease in bezel.

Screen size may help a touch, but thinner bezels come from improved technology. Android OEMs push for devices that are nearly all screen, and this chart shows we’re getting there. With software buttons and edge-to-edge displays, we’ve come a long way from the Galaxy S, where just over half the front was screen. Our iPhone friends, however, remain behind in this metric, as all models past and present hover near the halfway mark. 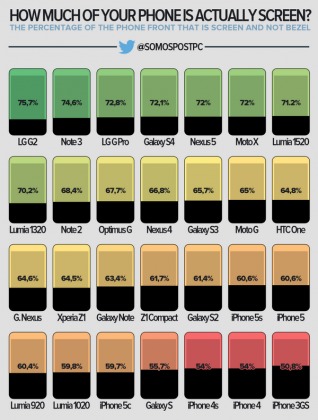