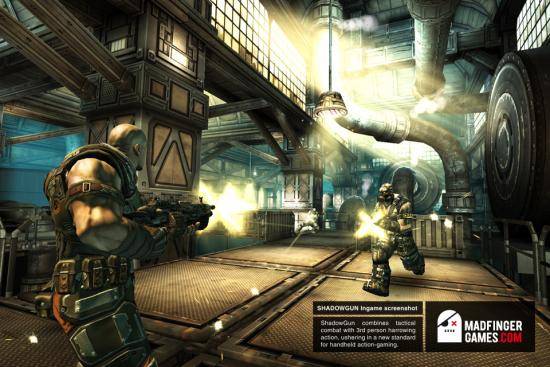 Madfinger Games will soon be releasing Shadowgun for Tegra 2 devices. For those that don’t recognize the name Madfinger Games they are who are responsible for the amazing android game Samurai II: Vengeance and its stunning graphics and gameplay. They have just announced the latest game they are working on, and it sure looks good.

Shadowgun will be available when released for Tegra 2 superphones and tablets, and they are also working to optimize the game for the upcoming Nvidia Kal-El Quad-core chip that I personally can’t wait to enjoy. Hopefully both are coming soon. The 3rd person view shown in the photo above of the game sure makes me excited for this game, it looks awesome. I might have a quad-core android tablet to match my PC soon. 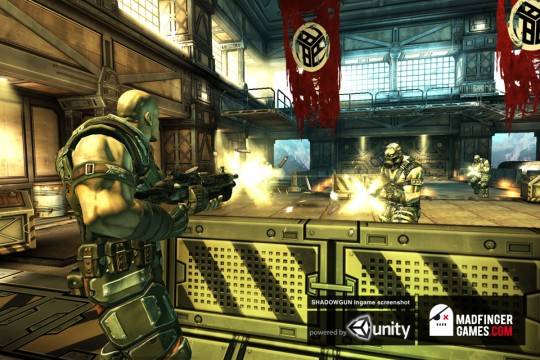 For more information regarding this amazing looking game head over to Madfinger Games to see more.

Unity-powered Action Title to Storm Tablets and Smartphones in 2011

Brno, Czech Republic – 25th May, 2011 – Madfinger Games, creators of Samurai II: Vengeance, today announced the beginning of a new property SHADOWGUN, with an emphasis on next-gen graphics and immersive gameplay.

By focusing on mobile platforms – including smartphones and tablets- Madfinger has created the most advanced handheld game in the market, optimized for superb performance and offering gamers the same quality expected from console gaming systems.

With SHADOWGUN, Madfinger is expanding the entertainment potential of smartphone, iOS devices and tablets. SHADOWGUN will support Android mobile devices powered by the NVIDIA Tegra super chip, and will be available on the Tegra Zone app and Android Market.

“SHADOWGUN is possibly the the best expression of quality production achievable on mobile devices and a great indicator of what consumers can expect from future mobile games,” said Brett Seyler, General Manager of Union. “We’re very proud to see this kind of creative product created with Unity and excited to offer it to our partners through our Union distribution service.”

In addition to an optimized version for Android super phones and tablets powered by Tegra 2, Madfinger is also developing an even more enhanced version supporting NVIDIA’s Project Kal-El, the next-generation Tegra quad-core processor. Ashu Rege, Vice President of Game Content and Technology at NVIDIA, said: “SHADOWGUN shows off the console-quality experience that Tegra is bringing to Android devices. We’re especially excited that Madfinger is creating a special version of SHADOWGUN that’s optimized for multi-core processors and will take advantage of the processing and graphics power of Project Kal-El.”

Located in beautiful Brno, Czech Republic, MADFINGER Games brings together a team of veteran console game developers. Their goal is to create console-quality games for iOS, Android mobile devices with a major emphasis on complete customer satisfaction. Their Samurai series has been downloaded over a two and half million times and received rave reviews across the web. Their most recent game, Samurai II: Vengeance THD was released on the Tegra Zone app on the Android Market received outstanding reviews and high ratings, optimized for stunning graphics and smoother gameplay on NVIDIA Tegra-powered devices. For more information, visit: http://www.madfingergames.com, http://twitter.com/madfingergames

Unity Technologies is revolutionizing the game industry with Unity, its award-winning breakthrough development platform. Unity Technologies has more than 500,000 registered users worldwide — including Bigpoint, Cartoon Network, Coca-Cola, Disney, Electronic Arts, LEGO, Microsoft, NASA, Nickelodeon, Ubisoft, Warner Bros., large and small studios, indies, students and hobbyists — all using Unity to create games and interactive 3D, like training simulations and medical and architectural visualizations, on the web, mobile, consoles and beyond. Unity Technologies is aggressively innovating to expand usability, power and platform reach along with its Asset Store digital content marketplace and Union game distribution service so that it can deliver on its vision of democratizing interactive 3D technology. Unity Technologies is headquartered in San Francisco and has development offices worldwide. For more information, visit: http://unity3d.com.