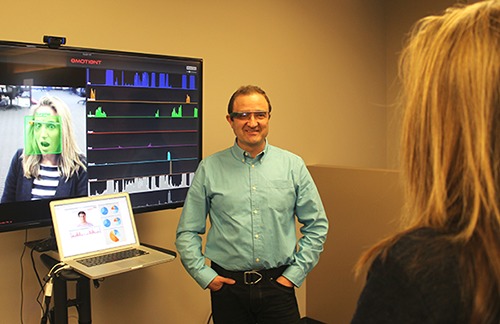 Google Glass owners see the world through augmented reality, but what if they could also see another person’s reality? This is somewhat Emotient’s Google Glass app aims to do as it tries to guess what another person is feeling.

Sentiment Analysis, as the app is called, isn’t psychic. There is science behind this app, but one that is still waiting to be perfected. The app basically analyzes the facial expression, the subtle movements, the eye twitches, and tries to extrapolate the person’s emotional state. Of course, it is not an accurate process and relies on the other person being unaware of being observed and studied.

And that might actually be where the problem starts, at least for Google Glass users. Glass Explorers, as early adopters are still currently called, are meeting increasing rejection of the wearable device being worn in public, or very actually private, places. Just recently, two bars in San Francisco have subtly and indirectly banned the use of Google Glass inside the premises after patrons expressed their worries to the management.

That said, Emotient isn’t really intending Sentiment Analysis to be used to help you in your next date. It envisions the app being used by companies trying to rate their customer’s satisfaction or annoyance. Emotient claims that the app does not store faces on file, though the final judge of that will probably be Google, who has expressed disapproval of facial recognition Glassware from spreading.