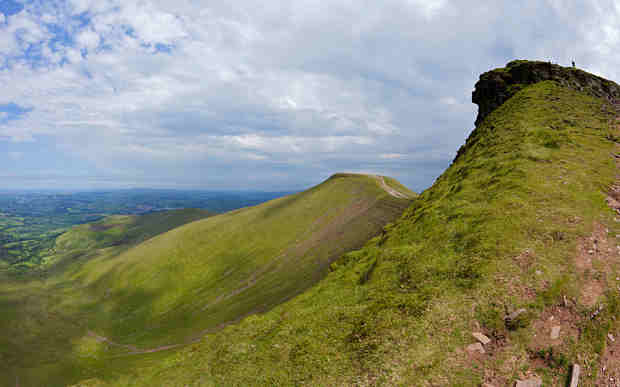 If you thought your only problem with selfie sticks is that they were annoying, apparently now, they may even cause accidental death. A man who died on a mountain range in mid-Wales may have attracted a lightning strike because he was carrying a metal monopod, more commonly known (and despised) as the selfie stick. Reports are still sketchy at this point but sources are saying one of the two men who died during that thunderstorm on Monday was carrying that monopod, although as to which of the two victims, it is still unclear.

Two men died and two others were injured when a thunderstorm suddenly hit Brecon Beacons. One of the men who died was supposedly an assessor of the Duke of Edinburgh Awards and was leading a group of teenagers on an awards scheme. The other man was simply walking along the Cribyn peak when the bad weather suddenly struck the area. However, the authorities haven’t confirmed yet which of the two had the selfie stick, and if it was in fact what served as the lightning conductor that led to his death.

Selfie sticks have long been panned as something totally uncool, even if it does help at times when you want to take a selfie of course or a group photo and everyone wants to be in the picture. But it does have its “harmful effects” like it’s a distraction and interrupts those who want to enjoy places like amusement parks, museums, etc. Disney has announced they won’t allow the sticks into their parks anymore as it is “a growing safety concern.”

Now whether or not the selfie stick did cause that man’s death, it’s probably a good idea not to bring out anything that has metal when you’re in the middle of a lightning strike or a thunderstorm. Better be safe than sorry.