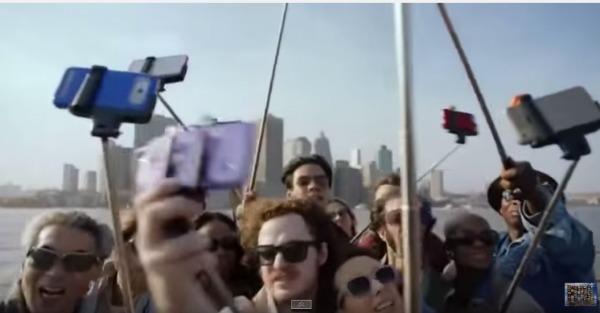 This may be the best news you’ll hear this week or the worst one, depending on how you feel about selfie sticks and Disney World. The self-proclaimed happiest place on earth announced over the weekend that they will start banning the monopods that have been used by folks over the world to make taking selfies easier. Yes, we know, they can be really annoying, but Disney may have some legitimate reasons for doing so, although fans of the selfie stick may not understand.

According to a spokeswoman from Disney, the sticks have become “a growing safety concern” not just for their cast members but also for other guests. There have not been any major incidents yet, except for a one-hour hold up at a roller coaster in the Disney California Adventure Park due to a passenger whipping out a selfie stick while in the middle of the ride. The original plan was to just ban it in specific rides where it might be a danger, but as visitors kept bringing them, they decided a total ban would suffice.

Disney isn’t the first establishment or event to put a ban on the monopods. The Metropolitan Museum of Art, the Kentucky Derby, the recently started Wimbledon Championships, and even Lollapallooza have already told guests and attendees that they cannot use the selfie sticks if they want to take pictures of themselves. The Lincoln Memorial has also stated you can’t use them when near the Lincoln paintings in the gallery.

You would think people wouldn’t use it in museums, but don’t underestimate the lure of taking selfies even in the most inappropriate manner or place. So sorry, starting Tuesday, you would need to rely on your own hands for selfies and group selfies. Or you can just ask a stranger to take your picture, as we have done in the past.