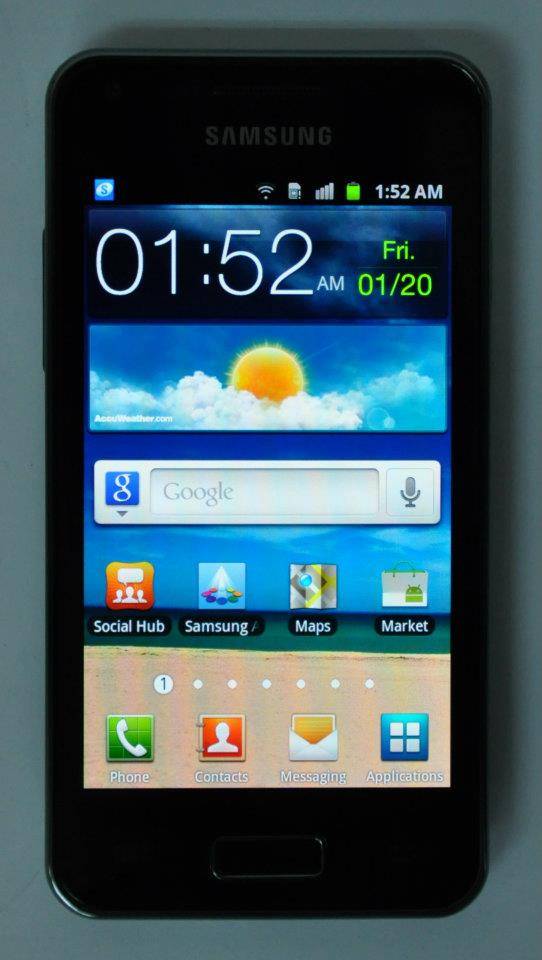 You can never have too many phones, right? Samsung sure seems to think so. The latest in its line of Galaxy-branded Android handsets is the Galaxy S Advance, a model that fits in between the first generation Galaxy S and the Galaxy S II as far as features and specifications are concerned. The biggest upgrade over the original is a dual-core 1Ghz processor. For those who can’t get enough of the curvy screens found on the Nexus S and Galaxy Nexus, the new phone includes the slightly concave glass found on the developer phones. HardwareZone got an early look at a Galaxy S Advance (GT-i9070) in the Philippines.

Elsewhere, the phone resembles the original Galaxy S more than anything else: the 4-inch Super AMOLED screen uses an 800×480 resolution, 768MB of RAM should handle Android 2.3 Gingerbread without any major complaints, and the 5MP camera and 1.3MP front-facing cam are par for the course. The Galaxy S Advance offers a generous 16GB of storage space, along with an open MicroSD card slot. Like almost all of Samsung’s Android devices, it will include the current version of the TouchWiz interface and Samsung’s collection of proprietary media apps. An HSPA connection is maxxed out at 14 megabits per second.

The phone is scheduled for a release in Russia in February, followed by a worldwide release just about everywhere except North America. The unlocked Galaxy S Advanced will cost somewhere in the $536 range, though obviously price and value will change based on local currency. Samsung continues to dominate the Android smartphone world, but we can’t help but think that they’re muddying the waters a bit with a staggering array of barely differing models – compare this approach to HTC’s 2012 strategy, focused on fewer devices with a “hero” mentality. Of course it’s hard to argue with Samsung’s sales… strength in numbers, indeed.