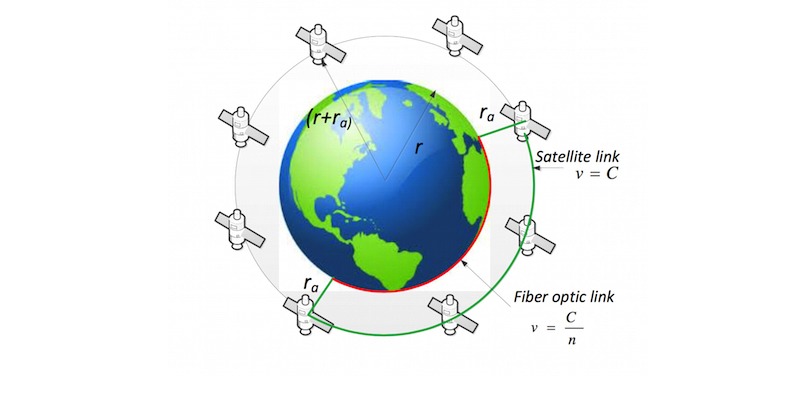 We don’t know exactly what Samsung’s plans are when it comes to improving the Internet connection all over the world but there’s a document believed from the South Korean tech giant’s head of R&D in Texas was spotted. The paper is said to present how Samsung is imagining satellites roaming around the Earth to provide mobile internet.

The paper by Farooq Khan entitled “Mobile Internet from the Heavens” tells us that Samsung isn’t all about electronics. This internet program is one great idea as it strives to make a better world where there is fast and reliable connectivity anywhere.

Demand for data is increasing every five years at a rapid rate and that more than a decade from now, by 2028, billions of people, each one may be using 200GB/month. The paper shows us the 4,600 small satellites may be launched to give users Internet connection wherever they are.

The idea of small satellites orbiting the earth may be ambitious but it could be more reliable and more permanent compared to Google’s Project Loon where high-altitude balloons are launched to bring coverage anywhere in the world. Facebook also has the Internet.org initiative. Satellites are more expensive though but, at least, they can stay longer in space. It won’t be really up in space but just rather in the Low Earth Orbit (LEO) to avoid delay of transmission and improve speed.

Details of this modern internet project are all listed on the paper. Salient points include the plan requiring access to multiple areas of the RF spectrum and the idea of giving people access to the internet subsidized version. The plan seems ambitious but so far, I like this one better. What do you think of this idea?