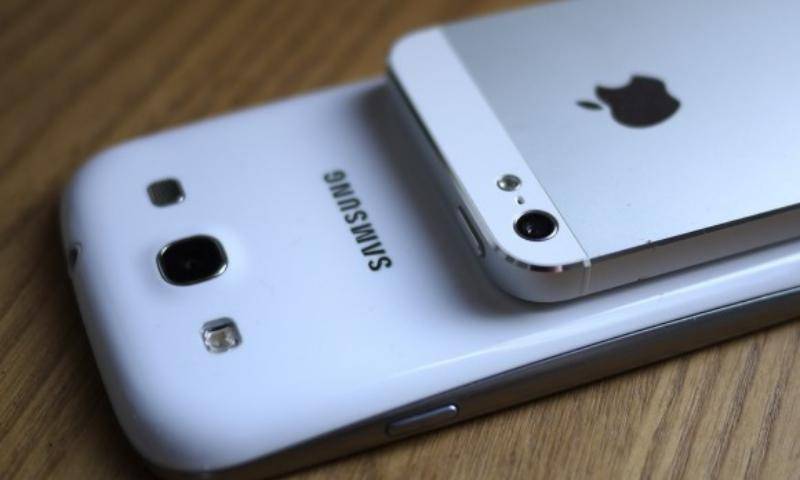 Almost as if in the spirit of the season, Samsung has made a surprising move. It has finally agreed to pay Apple a sumptuous amount of $548 million. That is the sum that the courts have determined it owns the Cupertino-based tech company for infringing on its patents in a case that has been going on for almost five years now. But is Samsung really calling it quits? Not quite. Samsung is still hoping the patent judgment will be reversed in the near future, in which case it will seek reimbursement from Apple and other paid parties.

So on the one hand, Samsung is paying more than half a billion dollars just to finally settle the matter. It probably realized that it is also losing a lot of money trying to contest the sum or the payment of the sum. But at the same time, it is still holding a torch to one of its main arguments, that some of Apple’s design patents, which it was found guilty of infringing, are, in truth, invalid.

On that part it hasn’t completely given up hope that the USPTO will rule in its favor. After all, it did declare one patent included in the case, invalid last August. Should some of the other patents, like the most contentious pinch-to-zoom patent, end up likewise, there’s a strong chance Samsung will try to get the fine also overturned, if not lessened. As such, Samsung says it reserves the right to seek reimbursement for the sum it is paying now should that be the case in the future.

Naturally, Apple contests Samsung’s assertion that it reserves such a right to reimbursement. The company is also fervently working not only to keep its patents from being invalidated but to also move against Samsung’s petition contesting design patent damages in general. Suffice it to say, we haven’t heard the last of the Samsung vs. Apple patent fight.