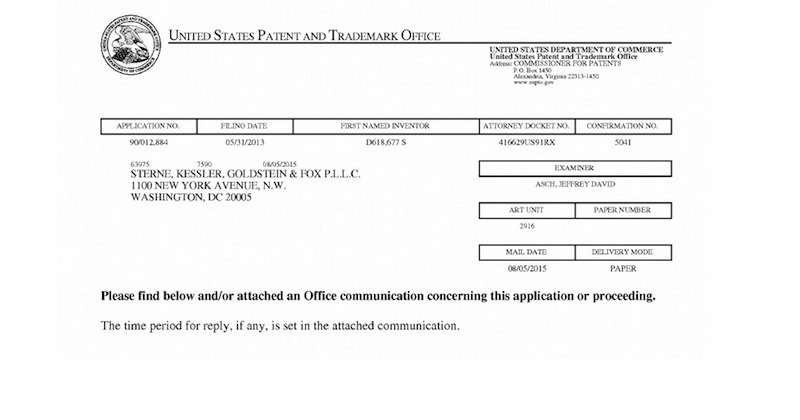 The battle between Samsung and Apple isn’t over. No, it will never be over because even if one issue is settled, we can expect that more cases will be opened. The recent patent dispute between the two tech giant had other tech companies siding with Samsung mainly because the decision of the U.S. Federal Circuit Court of Appeals might set a precedent to removing choices for consumers and stifling innovation within the industry.

There are several patent issues between the two but the recent ruling is still being questioned even after three months it was granted. According Florian Mueller of Foss Patents, one patent should never have been included specifically the D’677 iPhone patent design. Samsung was believed to have requested for reexamination but it took some time.

There’s a new development in the story with the U.S. Patent and Trademark Office (USPTO) questioning the said iPhone design patent. The group said that one is invalid in court as a point against Samsung. Why, a non-final decision by USPTO’s Central Reexamination Division was handed down last August 5. Apparently, the patent was rejected a number of times–four times to be exact. First was for some similarities to another patent maybe from LG or a Japanese firm, second was for the same reason, and third for obviousness with another of Apple’s own patents. Last but not the least, again another similar Apple design patent. 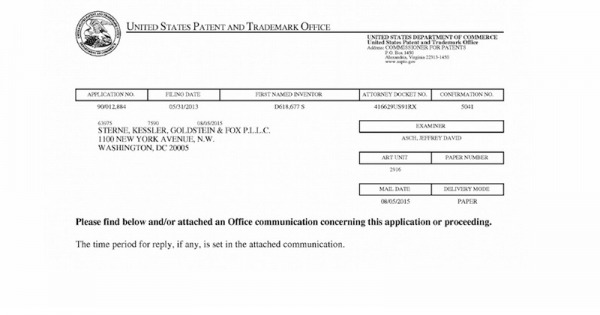 This particular patent alleged to have been infringed by Samsung as a feature on old phone models like the Galaxy S 4G, Fascinate, Epic 4G Touch, Skyrocket, Galaxy S II for T-Mobile at AT&T, Infuse 4G, and Vibrant among others. Let’s see how Apple will react to this news and how the U.S. patent office will handle the situation.