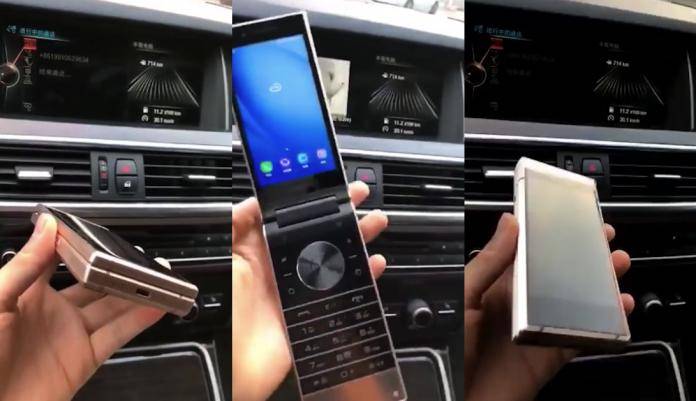 Samsung may be preparing for the Galaxy X as its first-ever truly foldable smartphone but the South Korean tech giant still has a flip phone offering. After the Samsung W2017 and W2018, the next-gen W2019 is believed to be being prepped for release. We only have a teaser video for now but it’s somewhat believable. This is another leak that we’re taking with a grain of salt until a more legit-looking image or video comes along. We’re guessing this will be revealed before the end of the year because January 2019 will be all about the Galaxy X.

The Samsung clamshell phone is said to come with a dual screen design (4.2-inch AMOLED screens), dual rear-facing cameras, an aluminum + glass design, and a 3000 mAh battery. We’re guessing a Snapdragon 845 chipset will be found inside since this is expected to launch only in China.

The leaked video shows us some boxy clamshell phone with two screens–one inside and another one on the other side. It’s the screen you can see when the phone is closed.

The dual rear cameras are a bit surprising but it makes sense since most OEMs have started getting serious with the idea. We’re not sure if the selfie cam is alone inside.

The December launch is highly possible now that we remember our list of Snapdragon 845-powered phones coming out this 2018. We noted there the phone is arriving together with the OnePlus 6T.