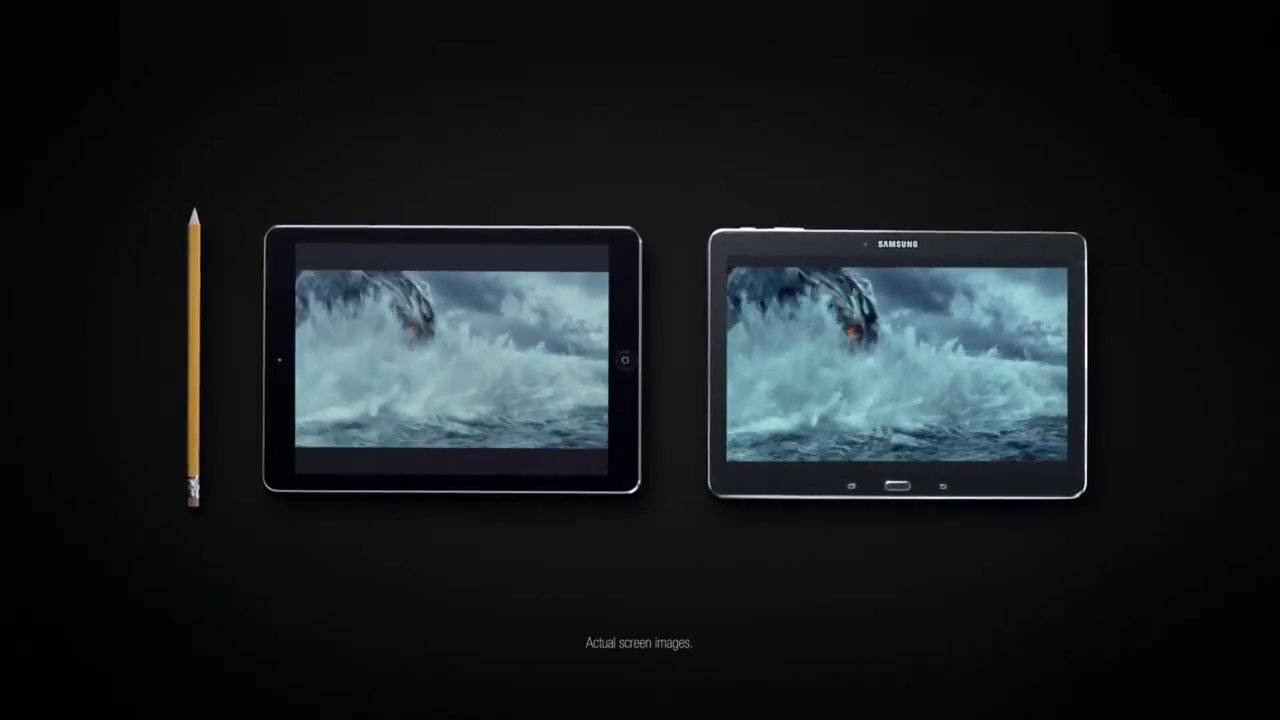 It’s only natural for rivals to take shots at each other, but it’s better when done with good taste and perhaps a pinch of humor and sarcasm. This pair of Samsung ads for the Galaxy Note 3 and the Galaxy TabPRO 10.1 tries to do just that as it tries to emphasize how Samsung’s bigger or thinner devices are better than Apple‘s.

The first video is much an advertisement for LeBron James as it is for Samsung’s latest S Pen-powered phablet. Here, Samsung touches on a rather contentious subject of screen size, pitting the Galaxy Note 3‘s 5.7 inches against the iPhone 5s’ 4 inches. Users might be on the fence if bigger is indeed better, but Samsung tries to make up for that by boasting of the Galaxy Note 3’s Full HD capabilities. In contrast, the iPhone 5s doesn’t even reach HD resolutions, but in terms of pixel density, it’s practically on par. But of course, what Galaxy Note would be complete without the S Pen, which is another factor in favor of Samsung’s offering.

The second ad goes in the opposite direction and plays on how thin the Galaxy TabPRO 10.1 is, which Samsung is claiming to be thinner than the iPad Air, which in turn is thinner than a pencil. Again the HD quality of the screen is mentioned, though this time the iPad Air is equally capable. But more than that, the Galaxy TabPRO boasts of the new multi-tasking features that debuted in this latest generation of Samsung tablets. Head on to our recent hands-on to see what this prosumer tablet has to offer.

Of course, some users might hold that what Samsung holds to be selling features, like screen size or multi-tasking, might actually be liabilities that users neither want nor need. The good news is that, at least on Android, users will have a choice of device and features.