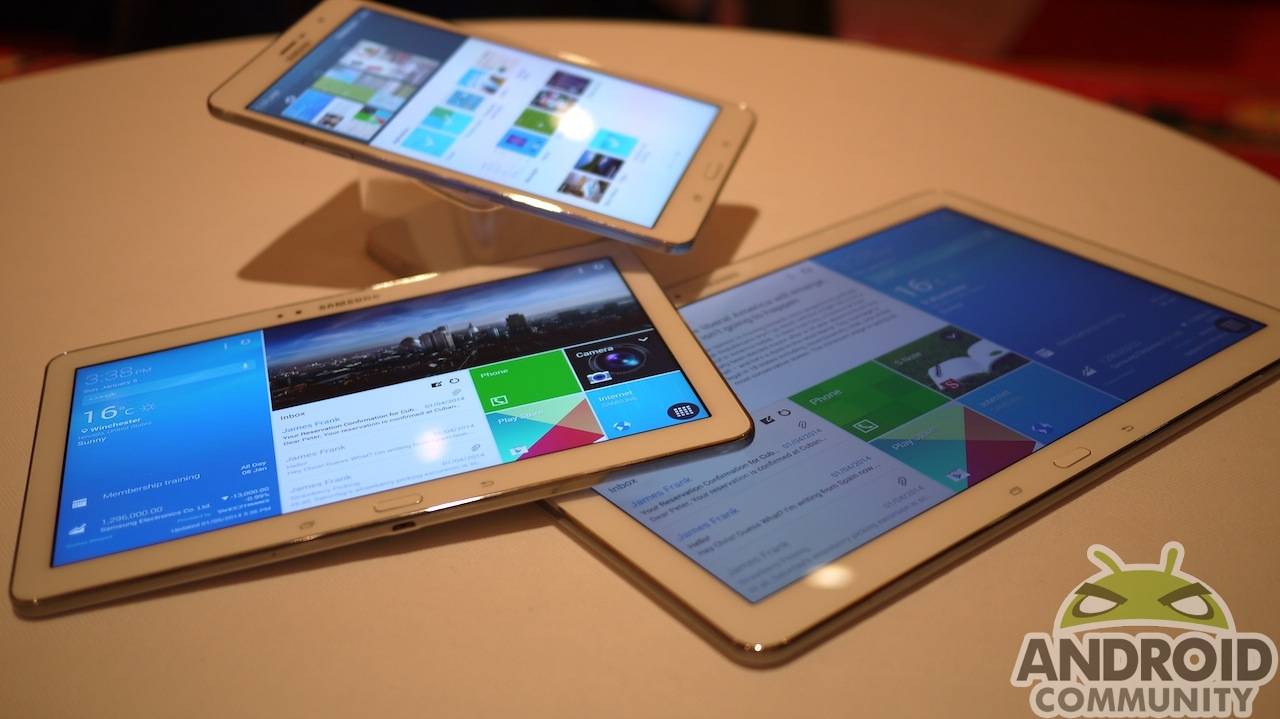 Looking for productivity on your tablet but don’t need the S Pen of Samsung’s new Galaxy NotePRO? The company has slotted in a new range of prosumer tablets here at CES, the Galaxy TabPRO line, a trio of Android slates hitting the 8.4-, 10.1-, and 12.2-inch screen sizes. Running nearly the same specifications as the flagship NotePRO, the TabPRO gets the same Magazine UX, Multi Windows flexibility, and app bundle; we went hands-on to find out how they hold up. 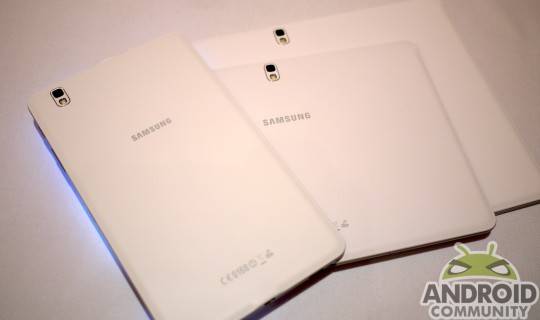 OS is Android 4.4 KitKat, with Samsung’s new Magazine UX on top, a mixture of different homescreen panes filled with large widgets for messaging, calendar, news, social, and recently used apps. Samsung preloads it with three panes – personal, workspace, and social – but they can be edited or up to five panes organized; you can also have the traditional Android homescreen too.

Slide a finger in from the right and you get the quick launcher: a tap opens up an app in a floating window that can be maximized or resized, while tap-and-drag lets you organize up to four apps on-screen simultaneously. Dragging the center point resizes them. It’s a clever way of getting more in front of you at any one time, and taking advantage of that high-res panel. 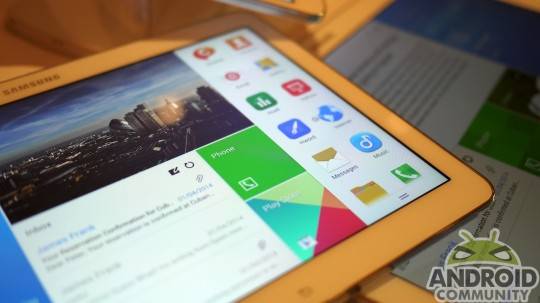 We found it particularly useful being able to compare documents and webpages side-by-side – you can have up to four instances of the same app on-screen at any one time in Multi Window – while if you work in an office with multiple TabPRO units you can create an impromptu collaborative workgroup using the new Samsung e-Meeting app.

Of the three, the 10.1 has the most familiar size and shape, and perhaps makes the best use of the screen resolution without being too large. The 12.2-incher, though impressive, is heavy at 740g (for the LTE version) and we found ourselves more often than not resting it on the table rather than considering holding it up. At the other extreme, the 8.4-inch TabPRO fits in the hand neatly, but we found ourselves missing the S Pen stylus of its Note cousin.

Samsung hasn’t confirmed pricing for any of the three yet, but we’ll know more when they begin their global roll-out later in Q1 2014.