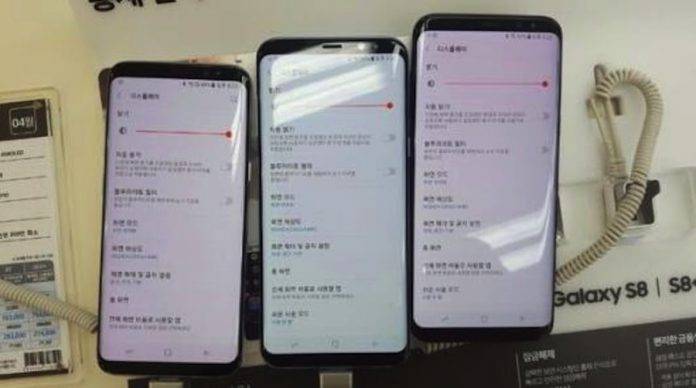 The Samsung Galaxy S8 and S8+ have been out since last week. We haven’t heard any reports of overheating and explosions but only of some reddish tint on the display. We knew it could be fixed with a simple software update and true enough, the South Korean tech giant is set to release one in the coming days. Before this month ends, Samsung will roll out an additional update for the color revisions. The confirmation was made last Friday when Samsung acknowledged the issue.

The company has received complaints about the red-tinted screens that prompted the developers to immediately work on a software upgrade. We’re definite an update will fix the issue because it has something to do with the color range. Affected customers have already tried adjusting the settings but to no avail.

The reddish color is still on the display but Samsung is still insisting “there is no problem in the phone itself.” A software update will be released to fix something even if there is “no real issue”. Samsung said there are some dissatisfied customers.

It could be just a software glitch or there are really some customers that are hard to please. We think it’s only a software issue and nothing an update couldn’t fix. Let’s wait and see.