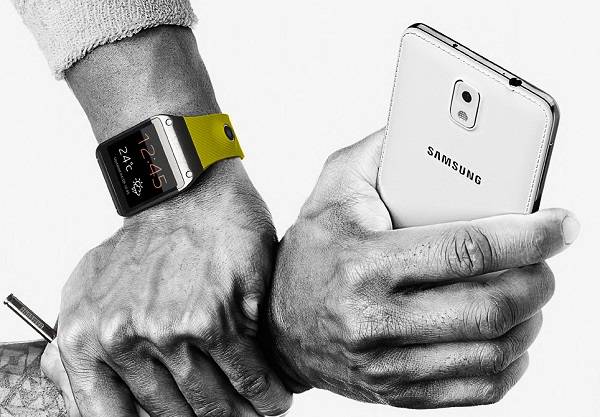 More Galaxy Note 4 news, but this one specifically on the partner devices that will launch with it on September 3 at IFA 2014. The Samsung event in Berlin is shaping up to be a big one in terms of new products, as apart from the Gear VR – a virtual reality accessory for the Note 4 – the South Korean gadget giant is reportedly outing a cellular-capable Gear smartwatch.

The Gear Solo, is probably what it is – a smartwatch that is SIM-enabled. A couple of considerations here – Google has not yet given an official greenlight for SIM-capable Android Wear devices, so the Gear Solo will most likely feature Tizen as its OS. Also, battery efficiency is a probable issue for this device. We all understand that network-connected devices drain power a lot more than stand-alone ones. The question remains as to how Samsung has dealt with that issue.

Also, a network-connected Galaxy Note 4 would probably dovetail well enough with a smartwatch that relies on the main device for its connectivity and data. Samsung, of course, has the propensity to try to be different. This is different enough, but will it work? Unit price is reportedly around USD$200.