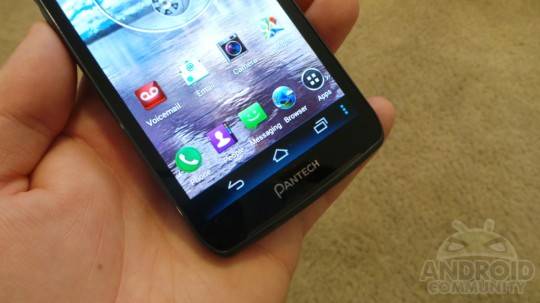 Samsung has invested in rival smartphone maker Pantech. The $48 million investment makes Samsung the third largest investor in Pantech. Details coming from Samsung tell the story of how this investment will help to “further solidify” their relationship with Pantech. This also places Samsung behind Qualcomm and the Korea Development Bank in terms of investors.

In fact, in a statement provided to The Next Web, Samsung said they will have “no involvement in Pantech’s business management in any way or form.” As far as the earlier solidifying comment, this goes to the current relationship between the two companies. In the previous year, Pantech is estimated to have spent nearly $211 million on buying components from Samsung.

In fact, Pantech recently released the Perception with Verizon Wireless. This handset is sporting a 4.8-inch 720p display along with a dual-core 1.5GHz processor, 1GB of RAM, 16GB of internal storage, a 2020 mAh battery and 8 megapixel rear-facing camera. While Pantech sort of slipped by launching the Perception with Ice Cream Sandwich, we can at least take some comfort in the price — $99 on a two-year agreement.