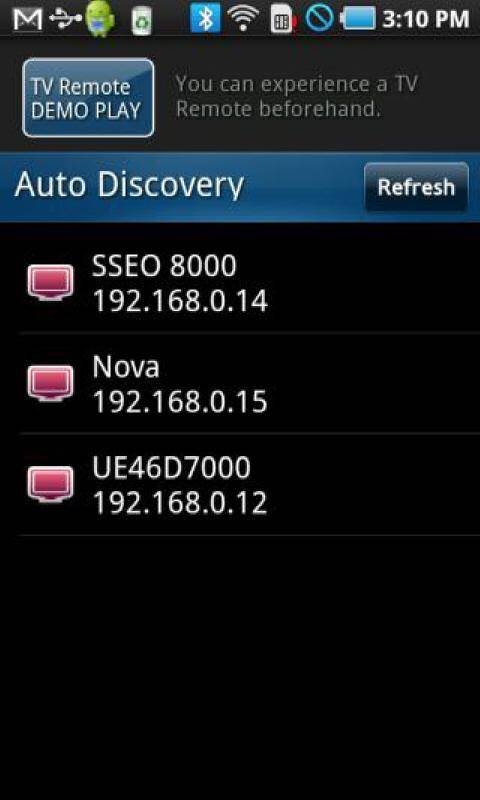 Samsung has released its Smart View app for the Galaxy S II, allowing users of the dual-core smartphone to stream content from a smart TV directly to their phone. The app allows the phone to not only control a Samsung TV, but to pull content from it – whether broadcast, cable, Blu-ray or some other input – over WiFi.

We’ve been tracking Samsung’s Smart View technology for a while now, and played with a prototype of the system back in April. As you can see from the demo below, the phone acts as a remote and as a preview window, capable of showing different content to what’s being displayed on-screen on the TV itself.

The Samsung Smart View app is a free download from the Android Market. You’l obviously need a compatible TV from Samsung’s D7000, D8000 or D9500 series, too. A version for the Galaxy player (YP-GB70) is expected in July, with Galaxy S and Galaxy Tab builds due later in 2011.

In addition, users can browse any currently installed Smart TV applications from their mobile devices, bringing even more functionality and convenience to the Samsung Apps experience.

Samsung has consistently brought movies, TV programs, music and other desired content stored on DLNA-certified devices such as PCs, mobile phones and cameras to the large TV screens-and is now extending this function by mirroring images back to mobile devices through this new application.

The Smart View app for mobile devices also enables mobile viewing from around the home. With only one Smart TV, a family member can watch one TV program in the living room, while another family member enjoys either the same content-or movies played by the living room Blu-ray player-from the comfort of the bedroom while leaning back with a Samsung smart phone or tablet.

“Samsung Smart TV is leading the “smart revolution” not only with the features of Smart TV itself-such as rich content, 2D and 3D picture quality, smart functions and design-but also with input devices using our Qwerty smart remote control, the Samsung Remote app, and now with Smart View,” said Kyungsik Kevin Lee, Vice President, Visual Display Business at Samsung Electronics. “The distinctive functionality of Samsung Smart TVs will continue to deliver the most convenient TV watching experience to consumers-enabling them to truly enjoy a smarter life.”

Samsung will continue to update the Samsung Smart View application with various remote control functions, optimally designed for Smart TV, to ensure customers use the unique features of Smart TV in increasingly convenient ways. A “Channel List” option, which lets users search program information and change channels on their mobile devices, will be added going forward.