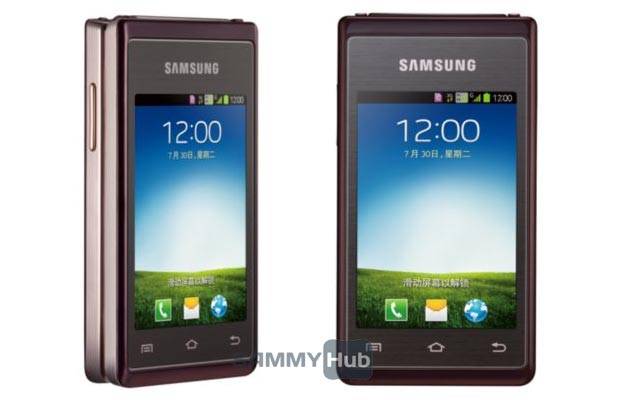 Here’s something for flip phone lovers in the crowd. New images of the rumored dual-screen flip phone Samsung Hennessy has just surfaced for your viewing pleasure. Although we’re not sure if these aren’t just rendered images, it could give a hint of the design that Samsung is aiming for, which is strikingly similar to another rumored Samsung flip phone.

As previously reported, the Samsung SCH-W789, codenamed “Hennessy”, will be sporting a 3.5-inch HVGA display with a 320×480 resolution, although the leak seems to mention a 3.3-inch size instead. Other specs included a quad-core 1.2 GHz processor, possibly a Qualcomm Snapdragon 200, 1 GB of RAM and a 5 megapixel camera.

The Hennessy isn’t the only Samsung flip phone that is said to be in the works, which could lead to some confusion. The Samsung Galaxy Folder is rumored to sport higher specs, with a Snapdragon 400 running at 1.7 GHz and 2 GB of RAM, as well as a 3.5-inch 800×480 display. We also recently got hold of some leaked images of the Galaxy Folder. Comparing the two sets of images, it is quite easy to notice how similar the two look. 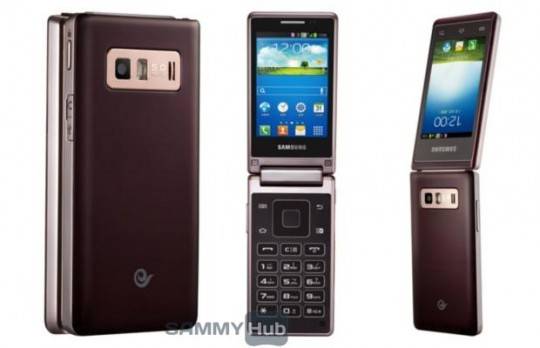 Unfortunately for those looking to get one, details of the Hennessy’s availability haven’t changed. It will still initially be available for the Chinese market, with no news if it will ever reach other countries. For those who will be able to get one, the Luxury Gold color option is still available.