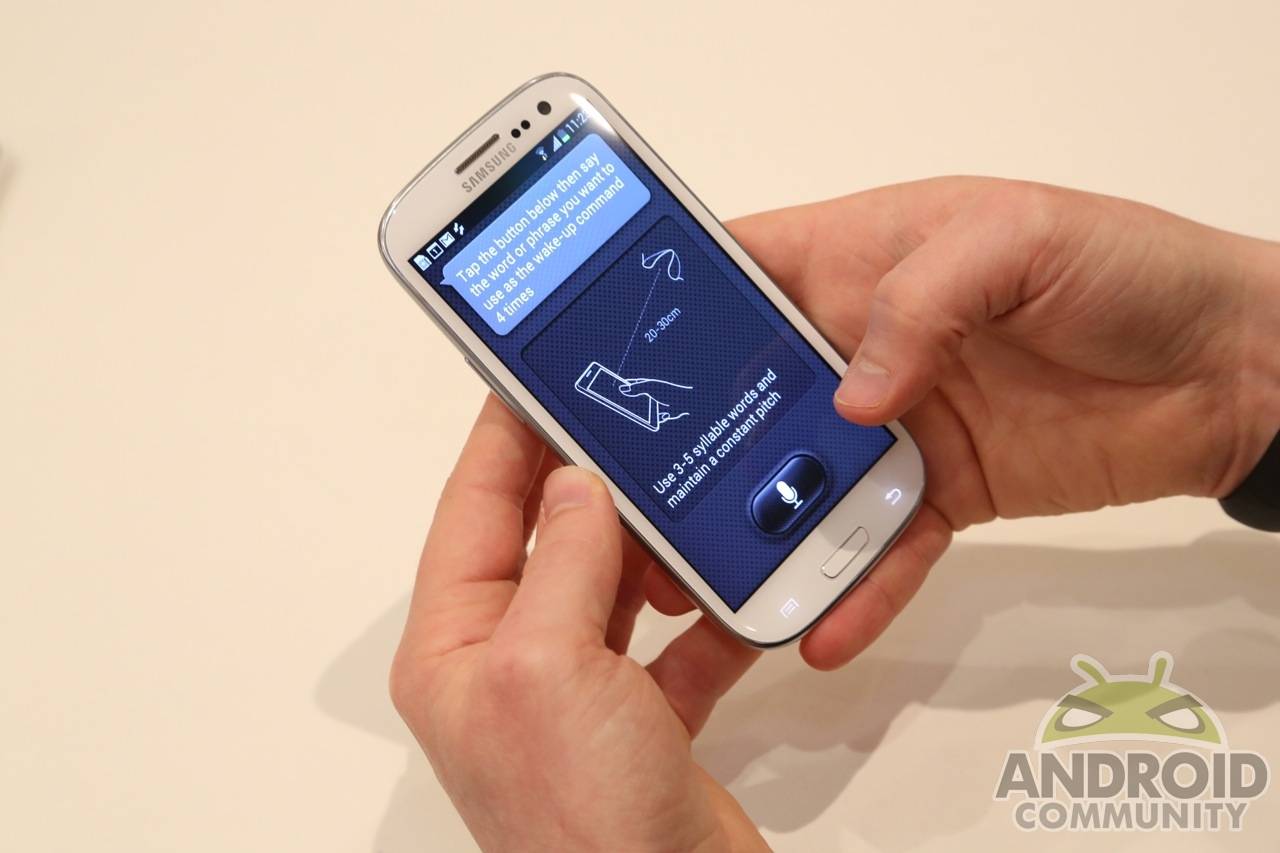 Samsung has literally just taken the wraps off of their new flagship Galaxy S III smartphone, and we have all the details, specs, and hands-on video. One of the many new impressive features is S-Voice, a Siri rival specific to Samsung’s Galaxy S III. With voice actions similar to what we’ve already seen in Google Voice Actions, but taken a step further.

Samsung has improved on Google’s already available voice actions to take on Apple’s Siri with its S-Voice system. Which allows you to unlock the phone with a customizable verbal command, and then instruct it to load apps, set calendar appointments, do searches or other tasks simply by speaking at the phone. “What’s the weather for today?”, “I want to take a picture” and “Cheese!” are all supported. If you’re listening to music, you can tell S-Voice to skip, go back, play and pause, with the Galaxy S III automatically spotting your commands in among the music. 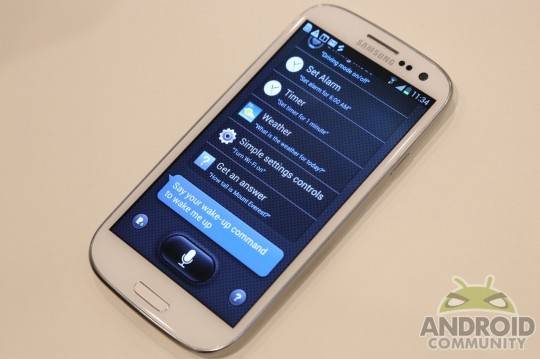 One important feature that is a step above Siri is the fact that with Samsung’s S-Voice you can actually open and launch apps with your voice, not just check the weather and set an alarm. While driving you can launch Spotify to stream music, open Google Maps, and many other things all with S-Voice. This brings total hands-free usage to an entirely different level that Samsung has imagined daily users can truly use and enjoy. Don’t get me wrong, Zooey Deschanel is cute in that Siri commercial, but I want Kate Upton in a Samsung S-Voice commercial then we’ll really be rocking.

Check out all of our Samsung coverage, pictures, videos and everything else from the timeline below. Who wants the Galaxy S III? I know I do!