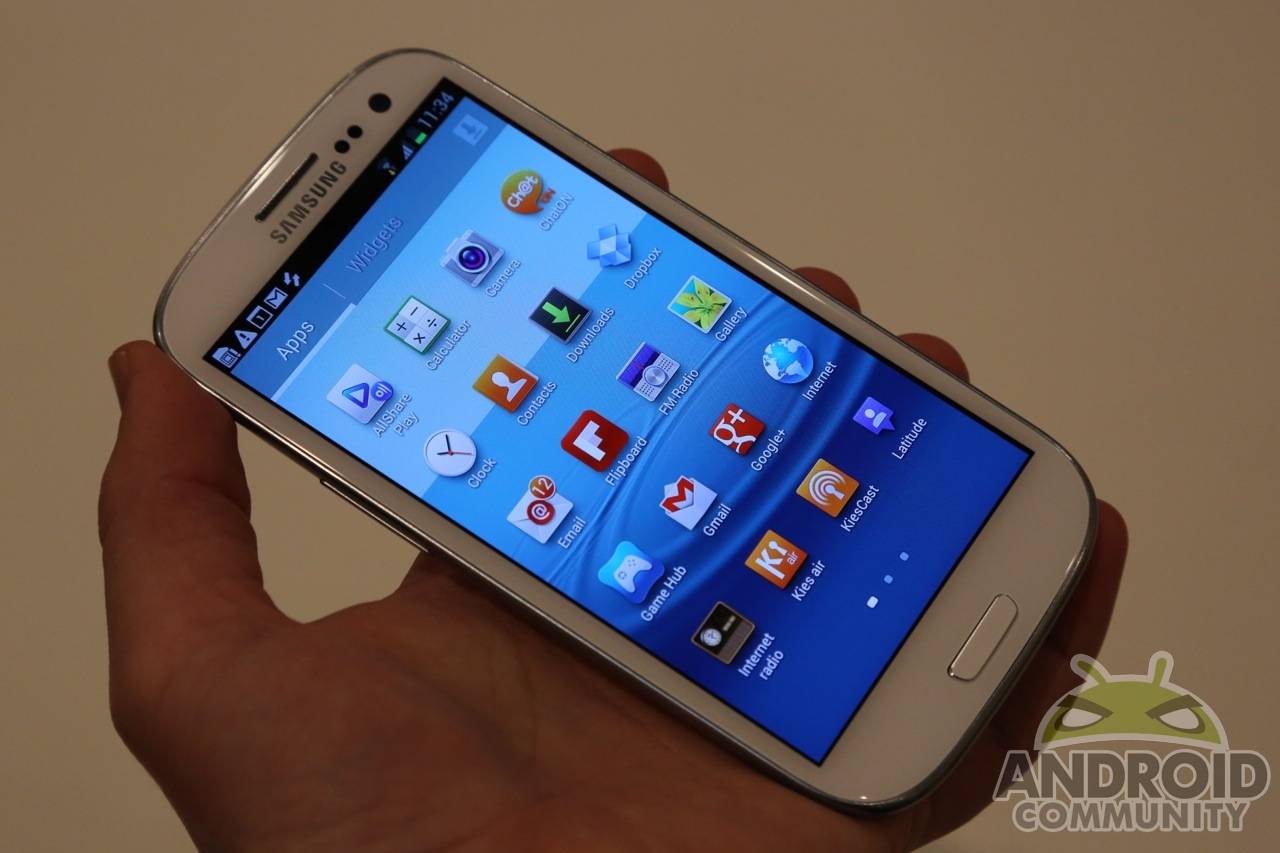 Samsung has officially announced the Galaxy S III, the company’s “next Galaxy” and perhaps the most eagerly anticipated Android smartphone of the year. Packing a 4.8-inch 720p HD Super AMOLED display into an 8.6mm thick chassis, it runs Samsung’s 1.4GHz quad-core Exynos 4 Quad paired with an 8-megapixel camera.

There’s also HSPA+ 21 with support for LTE in select markets, a 1.9-megapixel camera for 720p HD video recording, 1GB of RAM and 16GB/32GB/64GB of internal storage with a memory card slot for up to 64GB microSD cards. A 2100 mAh battery, WiFi (with support for channel bonding and WiFi Direct), Bluetooth 4.0, an accelerometer, digital compass, proximity sensor, gyroscope, barometer and NFC round out the key wireless and sensors, along with microUSB with MHL-HDMI.

Available in marble white or pebble blue – each plastic-bodied and with a “hyperglaze” coating to the polycarbonate that Samsung says gives the feel of ceramic as well as more resilience to scratches – the Galaxy S III measures 136.6 x 70.6 x 8.6mm and weighs 133g. The 720 x 1280 display runs at 306ppi.

Samsung hasn’t left Ice Cream Sandwich alone, and Android v4.0.4 gets a new version of TouchWiz with a nature-themed refresh. Raindrop taps on the lockscreen, with accompanying water ripples, along with less childlike iconography keep the UI looking more professional. Samsung has thrown plenty of widgets at the homescreens, as well as the debut version of Flipboard for Android, which the Galaxy S III has a temporary exclusive. Buyers also get 50GB of DropBox storage for two years. 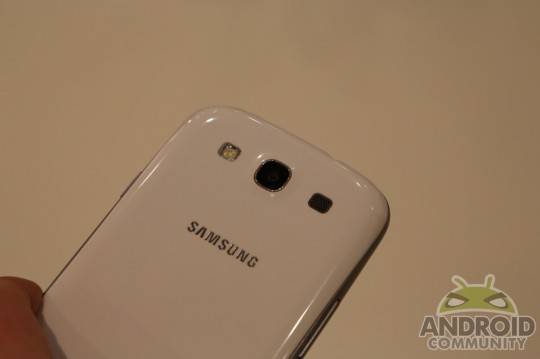 Android Beam has been modified, becoming S Beam with the addition of automatic WiFi Direct for larger file transfers. There’s also AllShare Case, for mirroring the phone’s display on a DNLA-connected TV, and AllShare Play for viewing and editing files stored in the cloud or on remote computers from the phone.

Meanwhile the camera app has been updated, adding dual controls for grabbing stills while video recording, and introducing a burst mode which can capture up to 20 stills at up to 6fps. Best Shot technology uses facial recognition, smile shot, exposure and blur measurements to pick out the image the Galaxy S III believes is the best.

During photo playback, meanwhile, facial recognition is used to identify those people in the user’s Contacts and automatically sort shots into different groups; it can also float Google+ and links to Facebook profiles above them, while Buddy Photo Share allows you to push images to those contacts directly from the gallery. Face Slideshow creates individual portrait slideshows by zooming into the faces in each group image. 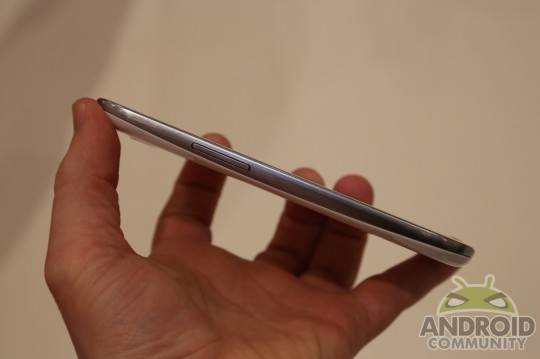 Smart Stay switches the face tracking to the front camera, keeping the phone’s backlight turned on while the user is looking at the phone. Meanwhile Direct Call automatically dials the current on-screen contact in the Messages, Call Log or Contacts app, simply by holding up the Galaxy S III to your ear.

Finally, Samsung has taken on Siri with S-Voice, using Vlingo voice recognition technology to enable spoken command control of the Galaxy S III even when the handset is locked. Users can customize the wake-up command, ask questions like “What’s the weather today?”, boot apps and fire off photos, set tasks, alarms and calendar entries, and control audio playback, with the Galaxy S III capable of picking out commands even if background music is playing.

Samsung says the new Galaxy S III will go on sale in initial European markets at the end of the month, with North American availability likely over the summer. No word on pricing or carriers yet.