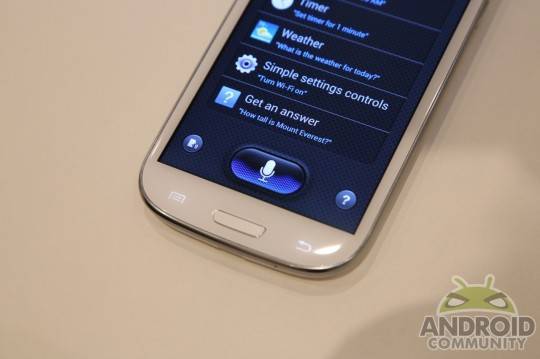 When the awesome developer community managed to share Samsung’s new Siri rival called S-Voice with the world it was short lived. Samsung quickly killed the possibility for most and restricted devices access to the servers required to use the voice-guided service. Today however we are hearing things are back up and running again, for all smartphones.

After the install APK for S-Voice was initially leaked it took Samsung less than a day to shut down the leaked versions and even though developers still found a way around that, it appears Samsung has re-opened the flood gates. According to The Verge S-Voice is now working again on multiple devices, without hacking, even phones that aren’t Samsung. We’ve confirmed that here ourselves with the Galaxy Nexus and even the HTC Sensation so it appears to be good for now.

It’s possible Samsung disabled the service or access while they fixed some bugs and got closer to the release date of the Galaxy S III. Now that they are selling in some parts of the world and set to be released in multiple countries this week they might have turned em back on. This also could very well be a glitch because while we can understand them allowing all Samsung devices access, it doesn’t make much sense to allow competitor devices to use the service.

Give it a try yourself today by clicking here and then heading to the XDA Developers thread for all the goodies.