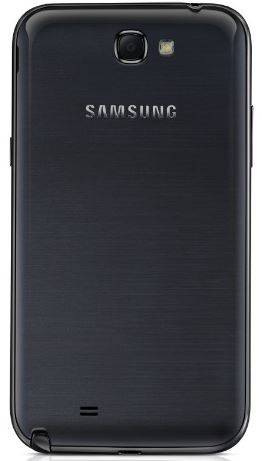 Now that the Samsung Galaxy Note II has had some time to rack up sales, it’s time to shake things up a bit. According to a new rumor from German site AndroidSlash, Samsung is going to do this by introducing a new color for the very popular phablet. The new color is black and was revealed in a leaked press shot, which you can check out below.

Samsung seems to like releasing new colors for its flagship handsets, so the idea that it’s planning to release a new color for the Galaxy Note II is one that’s easy to believe. We have to say the Galaxy Note II looks pretty good in black, even if it is a bit boring considering that Samsung potentially has an entire range of colors to work with. Still, the company could do a lot worse than the black, so there isn’t much reason to complain.

While the success of the original Galaxy Note was something of a surprise, we expected the Galaxy Note II to perform. Perform it did, with Samsung recently announcing that the handset had broken 5 million sales worldwide. Even more impressive is just how quickly it managed to hit that milestone, as it had only been available for a few months before showing that tally.

Samsung hasn’t said anything about a black Galaxy Note II yet, so it may not be the best idea to get your hopes up at the moment. Still, this doesn’t seem to be too far of a stretch, so we might just get confirmation from the company soon. Keep it tuned here to Android Community and we’ll let you know if anything becomes official.