The details are coming by way of a recent report on the Korean language Money Today website. According to the report, Samsung has ordered each of their subcontractors to be able to provide 10 million components per month. Hence the being able to sell 10 million Galaxy S IV smartphones on a monthly basis. Looking at the bigger picture though, Samsung has previously announced a goal to sell 500 million phones (350 million smartphones/150 million non-smartphones) during 2013. 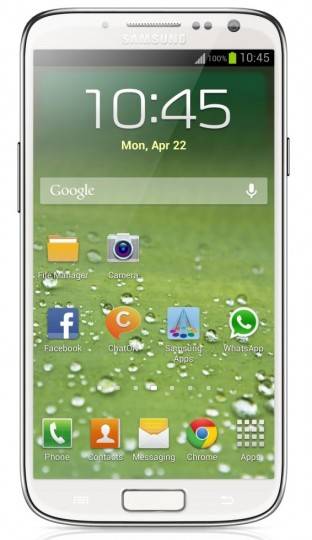 With the latest in Galaxy S IV rumors taken care of, lets take a look back and round-up some of the earlier pieces. Just yesterday we saw an image courtesy of TuttoAndroid. The image is reportedly a render of the Galaxy S IV, however there is some reason to doubt the accuracy. The specs on the other hand seem to have been consistent.

At the moment it looks like the Galaxy S IV will launch with a 4.99-inch 1080p display, Exynos 5 Octa (8-Core) CPU, Mali-T658 (8-Core) GPU, 2GB of RAM, 2600 mAh battery, 2 megapixel front-facing camera, 13 megapixel rear-facing camera and Android 4.2.1 Jelly Bean. Last and perhaps key — the announcement date. So far it seems clear that Samsung will not be making an announcement at MWC. Instead the latest announcement date rumors are calling for a Mobile Unpacked event on March 22.