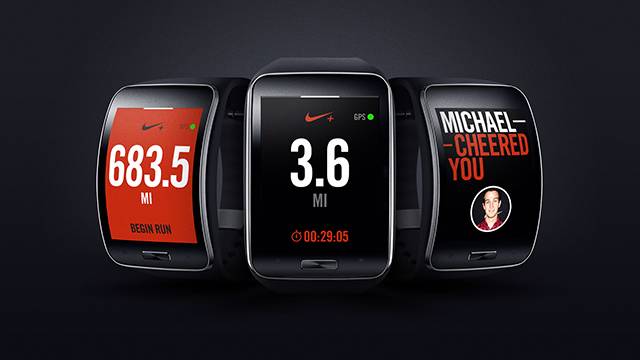 Coinciding with the unveiling of Samsung’s new Tizen wearable – the Samsung Gear S – is its partnership with global athletic apparel brand Nike for a collaborative version of the latter’s patented running app “Nike+ Running”. The two have come together to bring the app directly to the Gear S, a smart wearable device that can be worn untethered to a smartphone because of its own 3G connectivity.

This new Tizen version of the Nike+ Running app comes preloaded on the Gear S, with the app giving standalone run tracking and music playback to the user. Run tracking apps usually rely on the host device’s GPS capabalities, and that is not a problem as the Gear S has its own A-GPS receiver. Pretty nifty. Usually, the GPS is a battery hog, but Samsung was brave enough to include one in the Gear S.

Aside from tracking your runs, the app also allows you to share all the data you generate on social networks – again, thanks to the Gear S and its standalone 3G connection. Data will show up on the Gear S’ curved Super AMOLED screen – including distance, pace, heart rate, NikeFuel earned, and run time. The included music player is standard to running enthusiasts and needs no explanation. 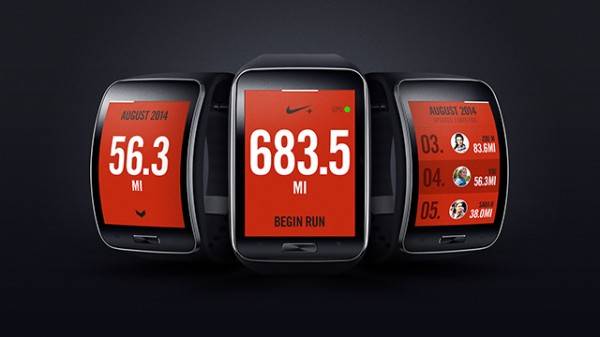 The new Gear S wearable drops to the shelves in October, with Samsung yet to give any information about pricing. Another question is how mobile carriers will match data plans for the device’s onboard 2G/3G modem. Watch this space.