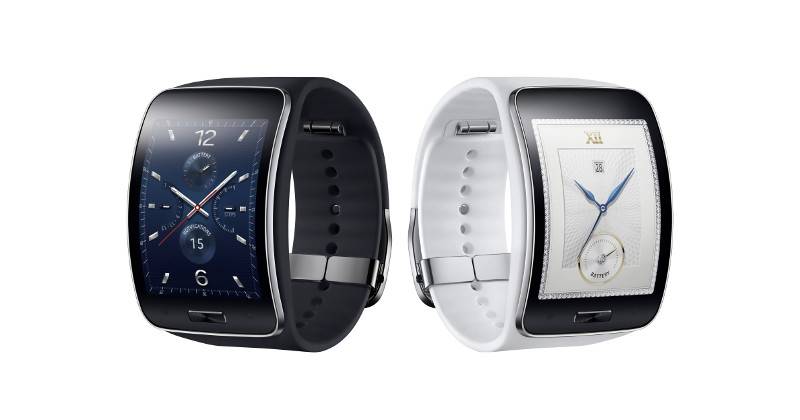 Finally giving rumors a rest, Samsung has unveiled the Gear S smartwatch ahead of IFA 2014. And this is one smartwatch that is sure to take Samsung’s and Google‘s frenemy relationship to a new level, as it has two things that Google would not want to see on a smartwatch: Tizen and independent 3G connectivity.

Ever since the Galaxy Gear, Samsung has been rumored to be working on a smartwatch that can make and take calls on its own. That has finally taken form in the Gear S, where S most likely stands for the “Solo” name rumored in the past. With its own 3G connectivity, the smartwatch doesn’t have to rely on a smartphone for both essential and sometimes superfluous tasks. On the Gear S, you can receive and send messages, which of course implies it has a QWERTY keyboard, and take and make calls. But should you choose to do so, you can opt to switch back to the conventional Bluetooth pairing with a smartphone and Samsung promises that data will be seamlessly synced between the two.

Curiously, the hardware for the Gear S hasn’t changed at all. Here you have a 1.0 GHz dual-core processor, 512 MB of RAM, and 4 GB of internal storage. But aside from processor speeds, the most worrying part is the battery, which remains at the same 300 mAh. With the added 3G connectivity and potentially more things you can do with the smartwatch, you’d think it would require at the very least a battery that can last longer in an always connected state. Oversight or conscious design decision? We may never know.

One thing that has indeed change and improved is the display, which is now larger and curved. The 2.0-inch Super AMOLED screen now has a rectangular resolution of 360×480. But the most notable change is, of course, the curved contours. Unlike LG, who just announced the round-faced G Watch R, Samsung has stuck to a conventional smartwatch shape, opting instead to go for comfort. At least according to its official PR statement. This is one of those times when you really have to wear one to experience that change. The straps are still interchangeable, so you can mix and match to your aesthetic tastes.

The Gear S, unfortunately, doesn’t run Android Wear, which will most likely irk Google even further. Samsung is sticking to Tizen, which it claims has more than 1,000 apps available, at least for smartwatches. It will be hard to prove or disprove that claim, but at least early adopters are assured that their basic app needs will be met. The Samsung Gear S is scheduled to launch in October, though pricing details have been left out for now. A new Bluetooth headset called Samsung Circle will also be debuting alongside the smartwatch. Expect both to be present at IFA 2014 next week.