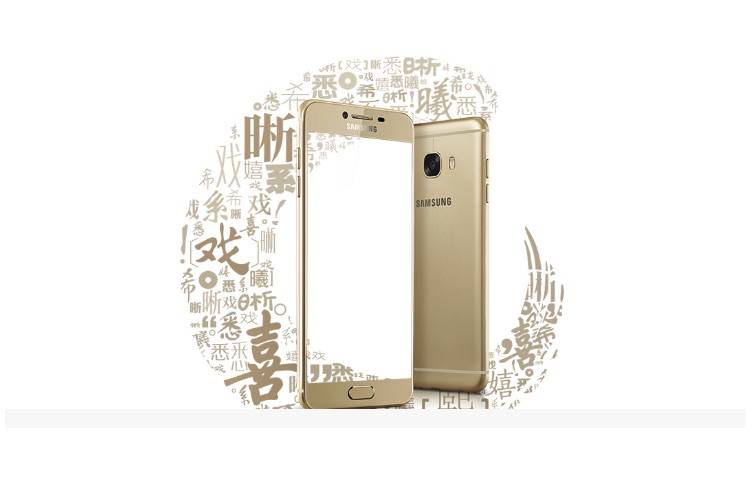 After weeks of rumors, leaked images, renders, and early sightings, Samsung has finally announced the Galaxy C5 and Galaxy C7. We already know the new mid-range Galaxy C series will be metal clad and phones will be slim in form. Some details were listed on AnTuTu and TENAA already before the official launch. No need to wait that long because Samsung has finally posted the Galaxy C5 on its website.

Meanwhile, the Samsung Galaxy C7 is the amped-up version of the Galaxy C5. Most of the features are the same: 4GB RAM, 32GB onboard storage, and 16MP/8MP camera setup. It has a bigger screen at 5.7-inches and is more powerful with its 2.0GHz octa-core Snapdragon 625 processor and Adreno 506 GPU. Battery life is also expected to last longer because of the 3300mAh battery.

Both phones are available in China as mid-range devices but we’re assuming that the Galaxy C5 will be released in the US. The model slipped through the FCC so there’s a possibility it would be out in the North American market. The two will also support Samsung Pay.

The Galaxy C5 will be $300 while the Galaxy C7 will be more expensive at $396. We’ll let you know once either one of the new Galaxy C phones will be ready in the US.