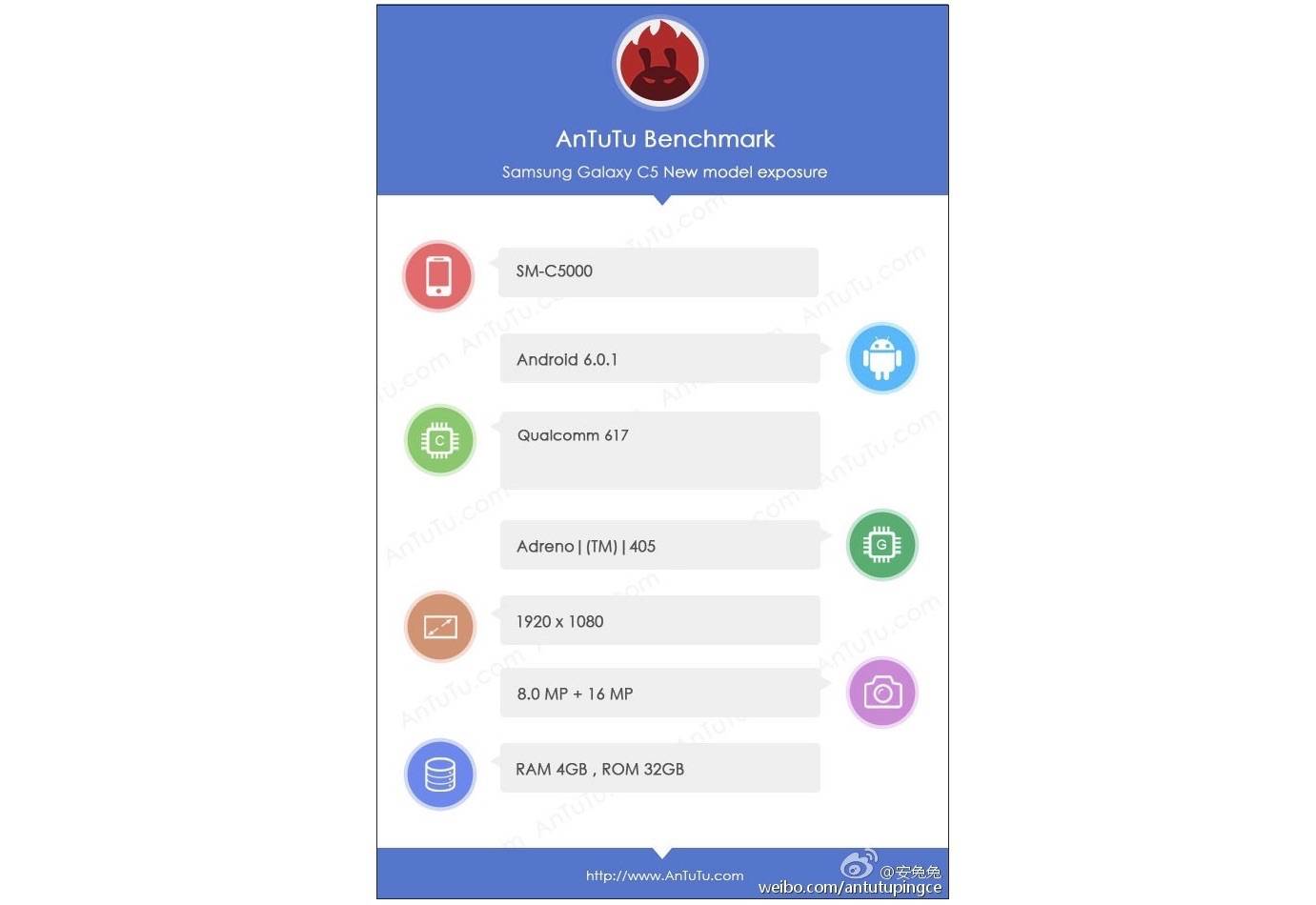 The C series is said to be a new mid-range line but just like what we said about the Galaxy C7 bearing 4GB RAM, it’s impressive. That’s already good enough to be used for premium flagship phones but that’s just the RAM. The chipset, camera, or display setup used ultimately command the price. We have a feeling that 4GB RAM will be a standard now in mid-range phones since some phones already have 6GB RAM. The mobile companies may already be preparing for 6GB to be the standard next year.

The Galaxy C5 is listed with Android 6.0.1 Marshmallow as the OS, The Galaxy C is also expected to be better than the Galaxy J series or Galaxy A phones in many way. Samsung has not made an official announcement yet but we’re sure the Galaxy C5 and C7 will be announced at the same time as the latest mid-tier smartphones.

The Samsung Galaxy C5 is believed to sport a premium design with a full metal body and some sort of a shiny glass material. Still unconfirmed but some are saying the ‘C’ refers to China because the Galaxy C5 and Galaxy C7 will only be sold in China but you know that’s not how Samsung thinks. The two phones can be China-exclusive but we don’t think it’s necessary since there are far more and better mid-range smartphones from other Chinese OEMs.