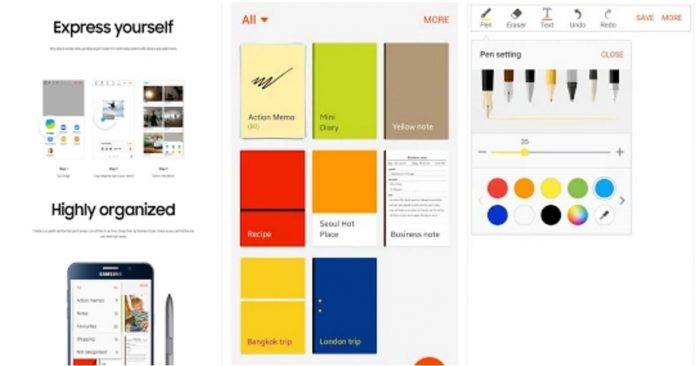 If you own any of the Galaxy Note devices, then you’re probably familiar with the S Note app, which is the default notation app for the series. You can write notes, sketch drawings, and other things you can do with your S-Pen. Despite the recent issues that the newest member of the series, the Galaxy Note 7, has experienced, it looks like Samsung will continue to champion their phablet series. One proof of that is that they are releasing a beta version of the S Note app so users can experience some new features and updates before it rolls out to the general public.

The S Note app can actually be used not just by the S-Pen toting Note phablets, but also by most late-model Samsung devices. The only difference of course is that you will have to use your fingers if you’re using a Galaxy S7 or Galaxy S7 edge. The beta version has a built-in sort option and the ability to lock your notes. The bugs in the final release, like with the text alignment and auto-saving, has been fixed here in the beta, as well as prevention of some crashes. The problem where external causes (although they don’t specify what) which resulted in lost notes has also reportedly been fixed.

However, one user reports that his T-Mobile Galaxy Note 7 wasn’t shown as compatible with the app when he trie to download it. Probably the revamped UI for the newest phablet may have caused issues, specifically for its ability to draw notes on the always-on screen even when it’s locked. There might be a separate APK for that.

To be able to run the beta version of the S Note app, you need to opt-in for the program by going to this site, then go to this site to download it. Remember, you must also give your feedback in order to ensure that the beta features are what you actually need in the final build of the S Note app.