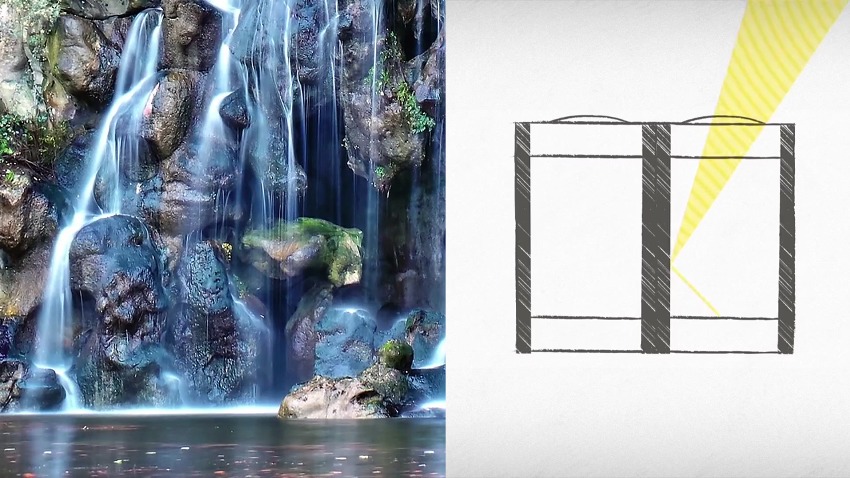 Samsung fans might have been looking for something like a 20.7 megapixel camera similar to Sony‘s latest smartphones, but the 16 megapixel camera on the Galaxy S5 is nothing to ignore. At least, that is the thinking that Samsung is trying to achieve with a new video that details the practical benefits of its ISOCELL CMOS sensors.

Samsung unveiled this new technology back in September to augment the improvements already offered by Backside Illumination or BSI. Traditionally, camera sensors were patterned after the human eye, placing the lens at the very top, metal wiring below it, and the silicon substrate that turns photon (light) energy into electrical energy further below. As pixel sizes has become smaller, much of the sensor’s surface area have been taken up by the metal wiring, which can’t shrink at the same rate as the pixels, leading to less light getting through the gaps in the metal wiring.

Backside Illumination solves this problem by flipping the metal wiring and silicon substrate positions, putting the latter nearer to the source of light. Curiously, certain creatures that live in the dark actually have eyes that follow this pattern as well. While this has greatly increased the amount of light getting through, and hence, quality of digital photos, the continuing shrinking of pixel sizes poses yet another problem: bleeding. As light passes through individual pixels, some of it “bleeds” into neighboring pixels, causing noise and color inaccuracy.

Samsung’s ISOCELL technology attempts to fix this by introducing minute walls in between pixels, practically isolating each cell, which is probably where its name came from. This prevents light from bleeding to adjacent cells, keeping the light within the cell and maximizing the amount of light that is absorbed by the sensor. The video below explains in detail the technical aspects of the technology, as well as some mouthwatering examples of what it can achieve.

In summary, the ISOCELL CMOS sensor technology allows mobile cameras, like those on smartphones, to produce crisper photos with higher color fidelity, even in low-light conditions. That is something we definitely have to test in the real world when we get our hands on the Galaxy S5 for an in-depth review.