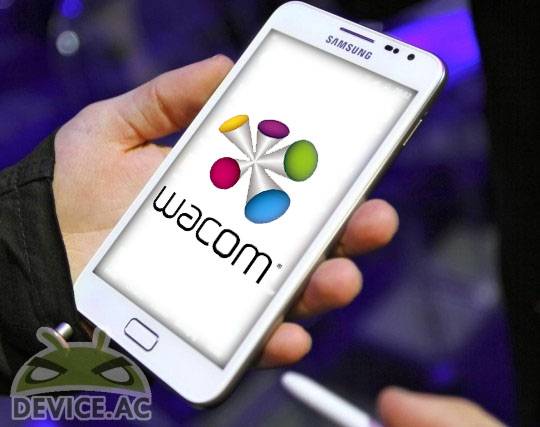 By now you probably know about the Samsung Galaxy Note‘s most distinctive feature, that enormous 5.3-inch, 1280 x 800 Super AMOLED screen. Samsung isn’t playing down the Note’s tablet aspirations, and has included a capacitive stylus – but it’s a little different from the one on the HTC Flyer and other third-party styli we’ve seen before. Namely, it uses Wacom’s digitizer technology, not only for superior accuracy, but for advanced pen input features.

If you don’t know about Wacom, it’s the company that makes the touch-sensitive graphics tablets for PCs and Macs, not to mention the touch-sensitive Cintiq monitors that every graphic designer lusts after. They’ve been one of the major players in the desktop design space for years, but the Galaxy Note is the first device that incorporates their pen input experience into a smartphone form factor. Samsung is taking advantage of the tech with modifications to its TouchWiz interface, plus custom note, writing and art apps that allow for true graphics tablet functions on the five-inch device. Imagine using something like Photoshop Touch on that sensitive screen. Samsung’s SDK will allow third-party developers to take advantage of the hardware as well.

If that’s not enough to make you want the Note, it’s top-end 1.4GHz processor and 1GB of RAM, combined with a an 8 megapixel / 1080p camera should do the trick. Though the Galaxy Note isn’t currently set for a U.S. release, it’s arriving in most European markets now or in the next few weeks. An FCC listing of the Samsung Galaxy Note with AT&T keeps our hopes alive that the device will make its way stateside.

For a Samsung superphone showdown of epic proportions, be sure to check out our live video and gallery of the Galaxy Note and Galaxy Nexus at Samsung’s European event earlier today.