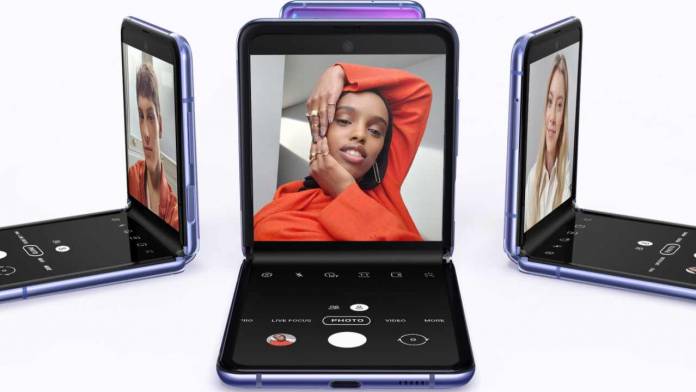 Some time ago, we once heard about a Galaxy Z Fold Lite. It was mentioned to come with 256GB storage and a competitive pricing together with the Galaxy Fold 2. We said the Galaxy Z Fold Lite could be part of the 2020 foldable phone lineup but looks like it’s not going to happen anymore. DSSC’s Ross Young shared something new instead: a Samsung Galaxy Z Flip Lite. Our source said that the Z Flip Lite phone will probably be introduced with UTG.

There is no other information about the Samsung Galaxy Z Flip Lite but definitely, this will be a foldable phone in clamshell phone factor. It’s a direct rival of the new Motorola Razr. It may or may not be the second-gen Galaxy Z Flip offering.

A Lite version of any foldable phone may mean it will be more affordable. By affordable we mean something around the thousand dollar mark. It may still be expensive but not quite as those in the $1,500 to $2,000 price point.

For those who have a lot of money, spending over a thousand dollars for a smartphone may be nothing. But then there is always the question of a gadget being worth one’s money. In this time when foldable phones are not perfect, it is recommended that we be wiser or be more patient when shopping for a new smartphone.